As a result, most construction contracts contain provisions relating to changes and extra work. These contract provisions — often referred to as “changes clauses” — require that certain conditions must be satisfied to obtain payment for change orders or extra work.

Changes clauses typically provide that changes and extra work must be authorized in writing. The purposes of this requirement are to minimize disputes over changes based on oral directions, document any changes that are actually ordered and ensure that costs incurred in performing changed work are properly documented.

In Process Engineers & Construction, Inc., v. DiGregorio, Inc., R.I. Super., 2012 WL 2946771 (decided July 13, 2012), a Rhode Island court determined that a subcontractor was not entitled to payment for extra work without a written change order. This case arose out of a project by Brown University to replace an underground piping system that delivers high-temperature, high-pressure water from a heating plant to buildings on campus. Brown selected a pre-insulated piping system manufactured by Perma Pipe, Inc.

It is important that contracting parties know and understand their contract provisions, as the contract provides a roadmap to which the court will refer if, and when, a dispute later develops.

The project was to be completed in two phases. Phase one required part of the system to be installed and connected to the existing piping so the heating plant would be ready for use for the 2006 – 2007 heating season. Phase two included replacing the rest of the piping to be completed in spring 2007.

During the project, sand infiltration was discovered in Brown University’s heating plant, which could have caused serious damage to its boilers. As a result, Brown shut down its heating plant and obtained a temporary heating system for the 2006 – 2007 heating period. Because of uncertainty regarding potential damage to the heating plant from the sand infiltration and which party or parties were responsible, Bond established a damage contingency fund and diverted payments to the fund that were otherwise owed to various subcontractors.

On or about October 30, 2006, it was discovered that insulation surrounding a 14-inch pipe had been flooded. As a result, the insulation deteriorated and required that some of the pipe be removed and replaced at a significant cost to DiGregorio and Process. The parties disagreed regarding who was to blame for the wet pipe. DiGregorio alleged that Process caused the insulation to become wet while pressure testing the pipe. Process denied responsibility and claimed that DiGregorio failed to keep the trenches dry, as required under the contract, which caused the pipe insulation to become wet. Nonetheless, Process replaced the damaged pipe and finished its work on the project.

In 2008, Process filed suit against DiGregorio for breach of contract. Process claimed that DiGregorio owed it $428,580.38 for change orders and extra work. The court held a two-day bench trial without a jury.

The court examined the DiGregorio/Process contract and found it incorporated the standard form AIA A-201 changes clause, which provides that “a Change Order is a written instrument prepared by the Architect and signed by the Owner, Contractor and Architect stating their agreement . . .” In addition, the contract provided that “the Subcontractor agrees that all work shall be done subject to the final approval of the Architect,” and that “receipt of a final payment by DiGregorio from Bond Bros. for the Subcontractor’s line item(s) is an express and strict condition precedent to DiGregorio’s obligation to make final payment to the Subcontractor.”

This case shows the importance of knowing and adhering to contract requirements, especially regarding changes and extra work. Contracts often contain detailed requirements for the approval of changes, extra work and payment. It is important that contracting parties know and understand their contract provisions, as the contract provides a roadmap to which the court will refer if, and when, a dispute later develops. Although there are legal defenses to contract requirements regarding written change orders, they are not always applicable.

Here, Process appeared to lack an understanding of its contract requirements regarding written change orders. This lack of understanding and failure to adhere to the contract requirements was fatal to its claim. If Process had known and complied with the terms of its contract, it could have taken steps to have properly documented its extra work, presented the required evidence at trial and prevailed on its claim.

Brian Morrow is a partner in Newmeyer & Dillion LLP, a law firm in California. He is a licensed California Civil Engineer, and specializes in construction law, including road and heavy construction. Contact him at brian.morrow@ndlf.com 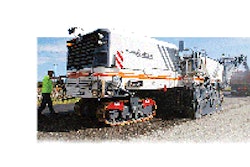 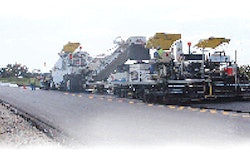 Getting Smoothness and Density Just Right 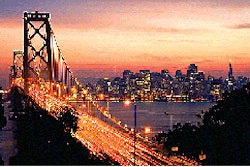