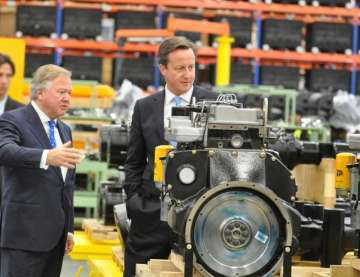 JCB chairman Sir Anthony Bamford and JCB Brazil managing director Carlos Hernandez showed Cameron around the plant. Cameron spent an hour touring the 350,000-square-foot plant in Sorocaba City in São Paulo State, where he met many of the plant’s 200 employees and was given an insight into the processes involved in the production of backhoe loaders, tracked excavators, wheel loaders, Loadall telescopic handlers and compaction equipment which the factory will manufacture.

At $100 million, the new factory represents one of the biggest single investments in JCB’s 67-year history.