Transit systems in Chicago and Springfield will share nearly $8 million in federal money to pay for environmental improvements, according to an Associated Press report in the Sacramento Bee.

The funding for the Chicago Transit Authority (CTA) and the Springfield Mass Transit District will pay for efforts to reduce bus emissions and improve fuel economy as part of the U.S. Department of Transportation’s Clean Fuels Grant Program which aims to buy cleaner, greener buses, according to the report.

The CTA will receive $4.7 million to replace conventional diesel buses with larger, diesel-electric hybrid buses, according to the report. Springfield will receive more than $3 million to buy compressed natural gas, the report says. 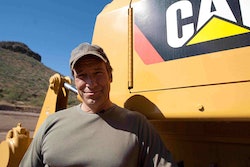