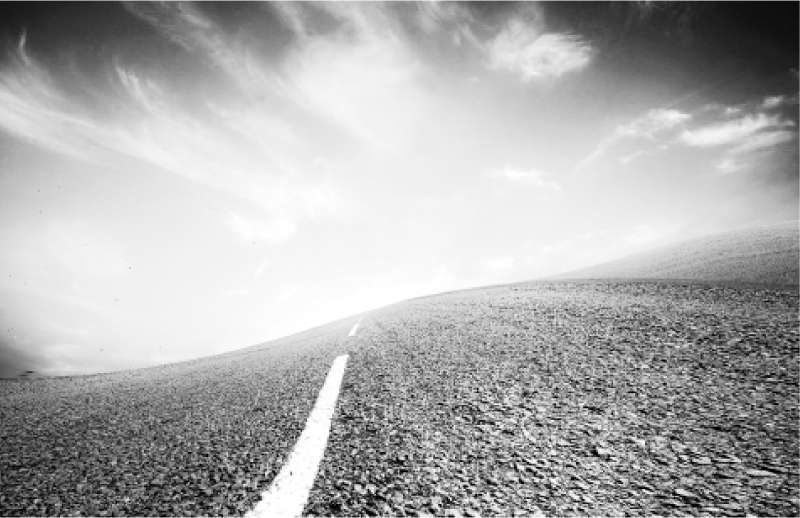 OGFCs cut spray and can be very, very quiet.

For several years, a number of states have placed open-graded friction courses (OGFCs) as a wearing course on their high-volume, high-speed roadways.

An OGFC is a thin, permeable mix with high air voids and a relatively high asphalt content. These mixes are safer than dense-graded asphalt because they reduce splash and spray in wet weather, and they drastically lower the potential for hydroplaning because water drains into them and out to the side. Driver visibility is improved, and headlight glare is reduced.

But OGFCs are not recommended for low-volume, low-speed pavements. That’s because high-speed traffic actually helps maintain the benefits of OGFCs. The action of moving traffic cleans dust and other materials that can clog the mix and reduce its permeability and noise-reducing ability.

In the early 1970s, several Western states began placing plant mix seals in response to the Federal Highway Administration’s (FHWA) program to improve the frictional resistance of U.S. road surfaces. The aggregates typically had a top size of 9.5 mm to 12.5 mm (3/8 to 1/2 inch) and were mixed with a relatively high percentage of asphalt cement in a conventional asphalt plant. Mixes were placed at 15- to 20-mm thick (5/8- to ¾-inch).

Durability of these OGFC mixes, however, became a problem. They wore out quickly and raveled. The underlying asphalt in some pavements suffered from stripping. So in the 1980s, some states placed a moratorium on the use of OGFCs. But a handful of states – Georgia, Oregon and Texas among them – saw the potential of OGFCs and set about improving the mix.

FHWA encouraged the improvement efforts. States began to add both polymer-modified asphalts and fibers to the mix to prevent drain-down. The combination of polymers and fibers stabilized the mixtures. It became easier to produce OGFCs because the mixes were less sensitive to mixing plant temperature variations and could be produced at more conventional operating temperatures. State agencies boosted the asphalt content and the air voids in OGFCs, and they specified a high percentage of polish-resistant, crushed aggregate.

The modified asphalts created a thicker film on the OGFC aggregates, so raveling and oxidation were reduced. Durability increased because of the increased asphalt content and polymer modification.

“We made a trip to Georgia to see what they [Georgia DOT] were doing right,” Dale Rand, flexible pavements branch director for the Texas Department of Transportation (TxDOT), tells Better Roads. “[Georgia had] added cellulose fibers and mineral fibers and polymers to make the mixes more durable. Georgia had started placing [its] improved mixes in the early 1990s and they were seven to eight years old by the time we saw them. So we came back and tweaked our design somewhat and came up with our version, which is very similar to the Georgia version. We just call it Permeable Friction Course (PFC).”

For the PFCs, Rand says Texas now uses PG 76-22 asphalt cement – polymer modified – and typically 0.3 percent of cellulose fibers. Some 80 to 100 percent of the aggregate passes the 1/2-inch sieve and 35 to 60 percent passes the 3/8-inch sieve. A minimum of 6 percent asphalt is required in Texas PFCs, and they are designed to have about 20-percent air voids, Rand says.

The Georgia DOT uses not one, but three versions of open-graded surface mixtures. One is a conventional OGFC, designed with 18 percent air voids. Another is a porous European mix (PEM), featuring even higher air voids, at 24 percent, and a 12.5-mm top size aggregate. “Our specification calls for PEM on all Interstates that have an asphalt surface,” says Peter Wu, assistant state materials engineer. 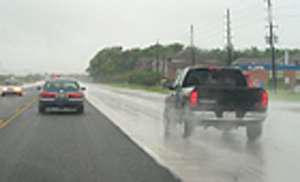 The third open-graded mix is a 9.5 mm (3/8 inch) nominal maximum aggregate size OGFC. “That is for limited use on state routes with a specific drainage problem,” Wu says.

After OGFC was developed in the United States in the early 1970s, it has been used extensively in many European countries, according to IS 115, a technical document known as Design, Construction, and Maintenance of Open-Graded Friction Courses and published by the National Asphalt Pavement Association (NAPA). The document says porous asphalt, as it is called in Europe, has been used frequently in Germany, the Netherlands, France, Italy, United Kingdom, Belgium, Spain, Switzerland and Austria.

However, unlike the OGFC mixes that didn’t work very well in the United States in the 1970s, porous asphalt in Europe evolved with a coarser gradation of aggregates, and higher in-place air voids – 17 to 22 percent. That gave the mixes higher permeability, and European countries generally place them in thicknesses up to 2 inches. Nominal maximum aggregate sizes ranged from 11 mm, or 7/16 inch, up to 16 mm, or 5/8 inch.

Polymer-modified binders or fibers, or sometimes both, are used in the European mixes to obtain thick and strong binder films for maximum resistance to aging and raveling. OGFC is used in Europe in a full range of climates, from hot and dry to cold and wet.

Tires rolling on the road force air away in front of the tire, and suck air in behind the area of contact between the tire and the road. This air pumping generates high-frequency noise, according to the NAPA document. But with OGFC, the pumping, and therefore the noise, is

reduced because air is pumped down into the porous pavement. Porous OGFC also reduces noise by absorbing some of the noise emitted by vehicles. On dense surfaces, the noise emitted towards the pavement is reflected to the surroundings.

Because of its noise-reducing ability, OGFC is known in Germany as “Fliisterasphalt,” or whispering asphalt. Full-scale trial sections of OGFC on German motorways and trunk roads between 1986 and 1990 measured reductions in rolling noise of up to 6 decibels(dBA), and this value has since been adopted as the basis for calculating the noise-reducing properties of OGFC.

NAPA does not recommend applying a dense-graded asphalt to an OGFC at the end of its service life. Studies have found that the overlay will trap water in the OGFC and cause the pavement to deteriorate. Generally, it is recommended to mill off the existing OGFC prior to replacing it with a new OGFC or any other wearing course.

The Texas Department of Transportation (TxDOT) has a notable success story to tell about its permeable friction courses (PFCs). In the late 1990s, a 2-mile section of RM 1431 near Jonestown, Texas, in the Austin District, came to be called “Dead Man’s Curve” by the media and local residents. For years, the Austin District took proactive measures to reduce the number of accidents along RM 1431, but the rate of wet weather accidents remained unchanged.