It is worthwhile to understand “pass-through claims” because they are important in government contracting. A pass-through claim is a claim by a party who has suffered damages (typically a subcontractor), against a responsible party with whom it has no contract (typically a governmental entity, i.e., the owner/government), presented by an intervening party (typically the prime contractor) who has a contractual relationship with both. In this example, the claim from the subcontractor “passes-through” the prime contractor to the owner/government.

Prior to the contract, TRAA hired Terracon to perform exploratory drillings. Monks alleged the borings were located in the area where drilling and blasting would occur, were done to determine whether groundwater could be expected, and reflected that groundwater should not be expected. As a result, Monks submitted a bid to TRAA of anticipated costs to perform “dry hole” blasting, and stated that if “wet hole” conditions were encountered on the project, extra costs would result.

In early April 2009, AD&B commenced drilling and blasting. Almost immediately, Monks and AD&B alleged they encountered significant levels of groundwater in areas that TRAA represented would be dry. TRAA was notified of the wet hole condition and was informed that extra costs would result due to a differing site condition. TRAA refused to pay for any extra costs.

TRAA also argued that under the Severin doctrine, Monks’ claim against TRAA was nullified as a result of AD&B releasing Monks from any liability. The court disagreed, finding the liquidation agreement between Monks and AD&B did not contain an “iron-bound” release. As a result, the court allowed Monk’s pass-through claim against TRAA to go forward. 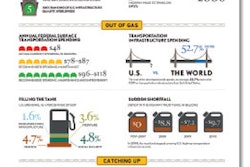 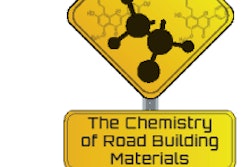