Think originally. I dare you.

Some time back in the last decade, a sketchy, much too brief news item made a quick tour of Better Roads editors. It was about a town in Europe — Holland, I think — that had devised an experimental system for using the daytime heat of an asphalt pavement to heat water that could then be used to heat buildings, among other things.

We ran the story. We even tried to follow up a year later but none of our European contacts knew about the experiment or showed much interest in seeing how things turned out.

That indifference still makes me shake my head. If the system worked, or even showed promise, it would have been the most important pavement technology story of the decade. Or so it seemed to me.

Imagine if there was a technology that allowed America’s pavements to reduce the consumption of imported energy by a percentage point or two. Suddenly, the country’s hundreds of thousands of miles of pavement become an asset even a politician can comprehend — and maybe sell to his or her constituency. Instead of a Congress that can’t consider a fuel tax increase lest millions of hearts stop beating, we might have a Congress ready to invest in a vital asset.

At a time when the phrase “thinking outside the box” is an anthem, even among members of the Flat Earth Society, it might be time to ponder the possibilities for roads the way a child sizes up playground equipment (hint: you designed the slide for a fun descent, but they find it just as recreational to climb it).

For example, the area between pavements in a divided highway is unique real estate. It is protected from human traffic and vandals by a formidable barrier, and all the things that neighbors might complain about (noise, dust, danger) already exist. What other uses of that land might be possible? Can a solar energy farm be planted there? Some kind of commercial enterprise that generates lease revenue for roads?

Can we find a way to harness the turbulent air created by large trucks traveling at highway speeds?

Can sound barriers be designed to do something more than channel noise away from homes?

Crazy? Consider this: Just twenty years ago, pavements were considered an environmental detriment. Today, roads and parking lots made of porous asphalt or pervious concrete are environmental assets that improve water quality. What’s possible is limited mostly by our willingness to consider new ideas.

I’ve told the story about the European town’s experiment with highway-heated water to various road groups over the years, suggesting that industry should support further research. The response is always the same: that sympathetic stare people of good breeding bestow on an English major or journalist who has just said something incredibly stupid. 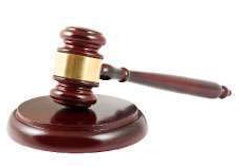 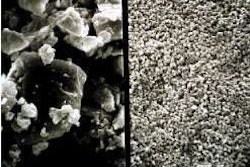 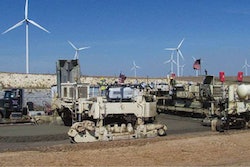