About the small print Congressman

Next Monday, April 16, the House Transportation and Infrastructure Committee is back in D.C. after a well-deserved (sic) break to consider finalizing a reauthorization bill.

There’s not a whole lot of optimism here. The Senate’s two-year bill is waiting in the wings but Republicans in the House are unlikely to go for it, again. They didn’t before the Easter break and before the 9th extension of the zombied SAFETEA-LU act, preferring a 90 day extension, so why would they go for it now.

Leaving us with the same old same old questions. Will the committee try and find a five year bill (Speaker Boehner and T&I chair Mica seem to say this is what they’ll aim for at the start) or agree that two years is better. And will the Republicans on the committee link future Highway Trust Fund income to future taxes, sorry fees, from new oil and gas exploration, a largely discredited idea now, at least in its ability to raise enough money quickly enough.

So next week is a time to call your Congressman and push for a bill.

But be aware. All the pushing in the world for the past  two and a half years has got us nowhere in the birth of a new bill. And deja vu all over gain is a likely scenario. How long the bill will be fore and how much money it will deliver are probably beyond pushing right now. But what may be an achievable goal is pressuring the finer points in the small print into something that can help the industry. Big rambling bills like this are notorious for containing very significant measures that are so buried few people ever realize they are there. So when you call Capitol Hill tell your Senator or Representative that you want a bill, but then clue them in one something from your district that would create work and jobs for the industry or maybe just ease the regulatory or silly bureaucracy burdens you face.

You never know. This bill has no earmarks, nothing for Congresspeople to tell their constituents, “Hey look at this money I sent back to my district to build a football stadium you can name after me.” So there’s an excellent chance that they might jump at the chance to work on some of the tinier clauses on page 2131 that will give you what you need to kick start some work in their district.It’s not that simple of course, but its a better bet than expecting this committee and this House to give us an adequately-funded, long-term bill before the World Series begins. 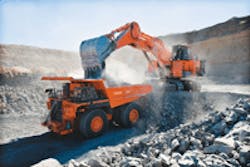 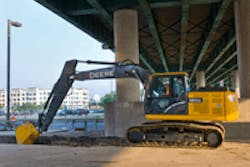 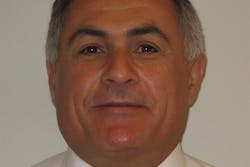 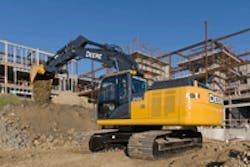