AN OCCASIONAL SERIES: ONE 2 ONE WITH SOME OF THE MOST INTERESTING PEOPLE IN THE BUSINESS

Richard Hanna was elected in November 2010 to represent the 24th District of (upstate) New York. At 20, he became the primary supporter of his mother and four sisters after his father died suddenly. For eight years, he supported the family and paid off its substantial debt. Hanna earned an honors degree in economics and political science. He founded Hanna Construction, which he ran for 27 years. Today, Hanna serves on the House Committee on Transportation and Infrastructure, where he is vice chair of the Subcommittee on Highways and Transit, and on the Subcommittee on Economic Development, Public Buildings and Emergency Management and the Subcommittee on Railroads, Pipelines and Hazardous Materials. We talked in his Capitol Hill office.

You had a construction business before you became a Congressman.

We did earthworks, roads, water … all heavy construction, everything. All things infrastructure … lots of concrete work. I taught the business to myself. I started when I was 20. This wasn’t a family business, although my dad was a carpenter and I’d been around construction a little bit. He built houses. I got out of college, I was broke, I had an old backhoe and I started doing the basic home stuff, and then, not too far out, within a year or two, I was doing all sort of commercial work … did it for almost 30 years. I lived in a very difficult community to grow a big business, small, but gradually I learned that the more I could do, the easier it was to stay busy in a small place. In other words, I was really diverse.

You built it from the ground up?

Oh, from nothing. I sort of started small and built. As I knew more, I could do more. And as I had people who could do more, which also allowed me to branch out … you know you have guys who are good at this or that. So I wound up on average having maybe 13 jobs going every day. And we’d have a sewer crew, and a concrete crew, all the basics. I always had lots of bulldozers moving and that kind of stuff. But we were small; we were never a big company, we couldn’t grow too much.

How big did it get to be?

Well, I think on average we probably had 40 to 55 people working full time, and over the years we’ve employed about 450 people total. My business was equipment intensive, so we could do one hell of a lot of work with 20 or 30 or 40 people.

So all heavy construction; you didn’t really specialize?

No, no. There were things that I enjoyed more than others, but we certainly did our share of road work and we’ve done lots of deep sewer, lots of water, lots of gas lines. We’ve done Wal-Marts, Kmarts, Lowes, Home Depots. We did a lot of athletic fields, urethane tracks, water towers. I’ve probably built 20 water towers. When I got out, I had an auction and sold a lot, and my sister – who had worked for me for a number of years – and her son took over and they’re doing quite well. I have no part in it, other than if they need advice or something. I signed off. I help them where I can.

Do you feel some sort of responsibility to represent contractors in the House?

Absolutely. I know the business … but I’m still learning this end. And I’ve had a union shop, non-union shops. I’ve got 25 years myself as an operator; I have my union card in my wallet. I never carried this for 25 years, now I seem to open it up every few days. Operating Engineers Local 545 … great union. I mean, things like the Davis-Bacon Act that are so confusing for some people, for me it’s what I lived with for so many years.

You see things that drive contractors crazy. How can you change them?

We can try. We just wrote a bill – I’m the primary sponsor – on bonding. When I started, you had to have a 100-percent success rate or you could not get a bond. You had to be absolutely reliable. And credit-worthy. That’s how I lived with it. That was my lifeline. The insurance companies have allowed people in the business to get bonds that under normal situations, or under old rules, wouldn’t be bondable. So what it has done, it’s added a level of failure to bonding. And so these guys raise the rates for other guys. They really shouldn’t even be in the business unless they are worthy of a bond. Under the [old] rules, there was no chance for error. When you let marginal people in because they can sign off their house or something and that’s collateral – collateral isn’t the definition of a good company.

So good contractors are being hurt by an unfair business practice?

Yeah. If you allow failure, then, by definition, you are spreading the risk on to people that didn’t fail. I lived with a system where there was an assumption that you didn’t get a bond if there was any risk of you defaulting. Period. I used to pay .09 – $9 a thousand. Now you can pay like 3 percent and get a bond. That’s not right. They shouldn’t be able to charge you more because you are not as qualified. All it does is put more money in the bonding company, and incidentally a lot of them are just shells and some of them have gone out of business.

To some extent, are you counterbalancing the work of Congressmen who do not know the industry very well?

Here’s a good example: the 3 percent rule. We were at the head of getting rid of that. The basic tenet of it was the government was going to hold money in case a contractor may have committed a crime, or they need a place to go to get money you might owe them. So, they basically declared you a criminal before you committed a crime, sort of. And the problem is that 3 percent might not seem like a lot to some bureaucrat, but all these guys work on 3 percent. Plus, all it really does … you know how cost/push goes in my business: You say to the government, if you are going to hold 3 percent of my money, guess what, I’m charging you another 3 percent because I don’t think you’re ever going to give it back.

You also introduced the Clean Construction Bill [making it easier and to upgrade construction equipment to meet emissions standards]. If I read it right, that comes directly from your experience as well.

Right. The problem is that this place had a tendency to see everything as if it was a war, so they argue from extreme perspectives. What we need to do is get things done.

I think what it is … construction business owners do one thing that this place doesn’t do: They plan. This place doesn’t allow them to do that, so it’s a constant source of frustration. How many extensions have we had for the highway bill – eight? It’s so hard for people in the real world to build that way, especially roads. You know, also, I think that, by and large, this place doesn’t have a good sense of the labor end of the business. I was never for a single second any better than the people that worked for me. Ever. It didn’t take me very long to figure that out. I take exception to some of the objections people have to the amount of money that union or non-union works make. It’s hard work and your body gives out over a period of time … and maybe you work six months a year. There’s the guy who owns the company, then there’s everybody that makes it happen.

I’m just a guy who likes to fly. I’m just a pilot. I’m not a good one. I get around. I’ve flown in the Arctic Circle, and in Mexico and around Alaska. I pretty much fly alone. I have a seaplane. I learned to fly because it’s always fascinated me.

Yeah. I bought an airport once. A grass cow field was all it was, and I rebuilt it and built 29 hangars. I bought the raw steel and welded the buildings together, and they’re great buildings. I designed them and put them up with my guys.

I live in the place that’s full of lakes and it gives you so much more mobility. One of the best things about flying is the ability to get to places other people can’t get to. I can go into the Adirondacks and find a lake and plop down, and I can be guaranteed nobody will bother me for days.

Why do you like to fly solo so much?

I just prefer it that way. I sold my six-place plane and have a new one from CubCrafters; they’re one-at-a-time airplane builders. They only make a dozen or two dozen a year. I’ve had three of them built. This last has 2,300-pound gross, which is a very powerful airplane. I have a high-performance rating. You’re up in the air on a nice cold calm day; it’s peaceful.

Yes, it is. Sometimes more than others. I lost oil pressure over Canada once, and looked down and there was a lake that was right there. So I landed, you know, shut the motor off, glided in. I looked around and it wasn’t a lake at all it was a giant field that was flooded, and there were barbed wire fences. I was 300 miles from the next airport and 100 from the last one, and all I could see was barbed wire and the top of posts. I was in about 3 feet of water. I checked the oil and I realized that in all likelihood it was a gauge problem. I let it idle long enough to see if it seized up, took off, kept going.

Who are the children in this photo?

They’re my kids. I got married late – that’s Gracie and that’s Emerson. Emerson Noble and Grace Catherine. She’s three and he’s four. I hope I stay here long enough for Emerson to ride his bike around this building. I don’t see anybody doing that. This place is so dry some days. I’ve never walked around this place and heard anybody playing any music. 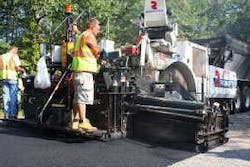 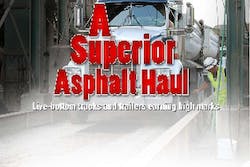