A Congress that cannot pass a budget or even agree not to default on loans is not a group that will ever solve the impending road-funding crisis. As that reality has penetrated even the most naïve ranks of road professionals, the search for alternative solutions has picked up pace and urgency.

Of course, one solution would be to elect a Congress that can grapple with problems and agree to solutions, but the radically gerrymandered Congressional districts all across the country argue this is the least likely solution of all.

The highly respected conservative transportation blogger Ken Orski (innobriefs.com) has written extensively about “Can Do” states that have taken the initiative to solve their own road problems rather than waiting for the federal government to begin governing again. Orski sees this as a good short-term solution and a possible long-term solution to the failure of Congress to address road needs. (These columns are posted at infrastructureusa.org.)

While partisans can argue whether a total evacuation of the federal government from highway and bridge management is a good thing, Orski makes a point that right now, state initiatives to fund and manage their own roads are the only ways to protect the tax payer’s investment in transportation infrastructure.

For long-term solutions, Orski recently highlighted a study by Robert Poole of the Libertarian Reason Foundation, which defines the challenge of rebuilding and modernizing the Interstate Highway System as a nearly trillion-dollar investment that must be made during the next two decades to keep the United States competitive in global commerce. In “Interstate 2.0: Modernizing the Interstate Highway System Via Toll Finance,” Poole’s solution to this colossal funding challenge is to toll all interstates and channel 100 percent of the revenue into rebuilding and modernizing the system.

In endorsing the concept, Orski wrote in his Sept. 16 newsletter, “So, we hope that Mr. Poole’s study will be brought…to the attention of governors, state DOTs and state legislators. Their collective judgment will be decisive in whether Congress votes in favor of lifting the current legislative restriction against interstate tolling or leaves it in place.”

Amen to that. Technology has made tolling unobtrusive, and Poole’s concept is essentially a vehicle-miles-travelled tax without government monitoring the movements of individual citizens. No one will be eager to pay tolls, but if it’s in lieu of paying more fuel taxes, tolling could have support.

One of the interesting possibilities of the interstate tolling concept is allowing the individual states to also collect a toll to support the maintenance and repair of the state’s non-Interstate lane miles and bridges. One precedent for this was introduced last year when the Ohio governor and legislature chose to continue operating the Ohio Turnpike (rather than privatizing it) and use the revenues to maintain state routes as well as the Turnpike itself.

There are many political pros and cons to interstate tolling and to using to interstate toll revenues for non-Interstate pavements, but it would be a welcome debate after nearly a decade of mindless Congressional dithering. 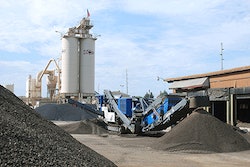 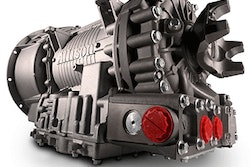