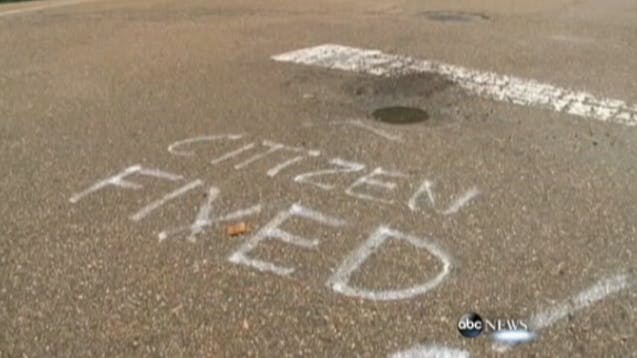 A man known as the “pothole Robin Hood” has filled more than 50 potholes in Jackson, Mississippi, since Memorial Day, using asphalt he took from the city, according to a report from ABC News.

The man, who goes by the name “Chane,” said he takes asphalt from the city, repairs potholes and writes “citizen fixed” on the filled holes.

“It’s sort of like Robin Hood. Once we saw that people were appreciating what we did, we went out again and made a goal of fixing 100 potholes,” Chane said.

Chane, with the help of his girlfriend, has filled 55 potholes.

Chane said he began work on the city’s potholes because Jackson has “a big infrastructure problem” and the “city simply does not have the budget.”

In fact, Jackson resident Zachary Boozer pointed out that the potholes “are pretty widespread in all areas of the city,” creating cracks in the already-crumbling streets.

“People joke that Jackson is a Six Flags because the roads are so bumpy,” Boozer said, adding that sinkholes have also become a major problem in the city. “People have been falling in them. A car fell in one too.”

The Jackson Police Department is investigating Chane’s actions and how he got the asphalt. Police have not decided whether to press charges.

Chane says he is only trying to help the city, not commit a crime.

“We’re not trying to be thieves, or steal from the city,” Chane said. “We’re just trying to put the asphalt to use.” 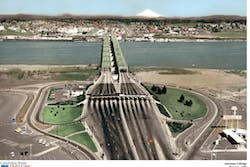 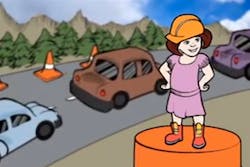 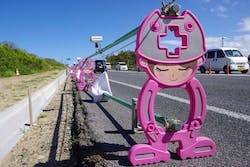 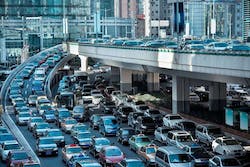