Wayne Grayson
Dec 18, 2014
The reconstruction of two interchanges on Interstate 35 in Norman has generated the single largest construction contract ever awarded by the Oklahoma Department of Transportation.
The department awarded the contract to Sherwood Construction Company of Tulsa with a $71 million base bid with possible financial incentives.
The contract calls for the reconstruction of the northern half of the I-35 interchange at State Highway 9 East as well as the reconstruction of the Lindsey Street Bridge as a single point urban interchange. A project reconstructing the southern half of the interchange began in 2013 and is nearly complete.
The new Lindsey Street interchange will feature longer on and off-ramps at I-35, a wider bridge and a single array of traffic signals on top of the bridge to allow large volumes of traffic to negotiate the area, ODOT announced.Work is scheduled to start early next year and both projects are expected to be completed halfway through 2017.The state bid the projects together due to their close proximity, but work on the State Highway 9 interchange will be completed before crews begin work on the Lindsey Street reconstruction.

Sherwood will earn financial incentives if the company is able to complete all of the work in less than two years and minimize the temporary closure of 24th Avenue Southwest during the State Highway 9 reconstruction project. 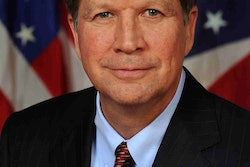 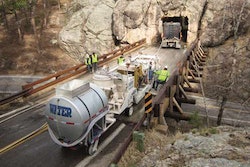