The campaign–Build It. Bike It. Be a Part of It.–kicks off at the beginning of May each year in correlation with National Bike Month. Over the past four years, the campaign has raised $150,000, which has been used for designating 5,071 miles of U.S. Bike Routes.

Check out the campaign’s video below:

During last year’s campaign, AASHTO successfully revamped multiple U.S. Bike Routes. The association approved a realignment of U.S. Bike Route (USBR) 1 in North Carolina, designated USBR 35 along the Lake Michigan shoreline in Michigan and approved two sections of USBR 45, also known as the Mississippi River Trail, in Minnesota. AASHTO left a short section of USBR 45 around the Twin Cities to be designated this spring.

AASHTO is expected to make more USBR approvals at its Spring Meeting in Providence, Rhode Island, next week, including designation of USBR 76, also known as TransAmerica Bicycle Trail, in Missouri and re-alignments for USBR 76 in Kentucky.

For more information about this year’s USBRS campaign, visit adventurecycling.com/beapartofit. 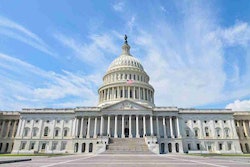 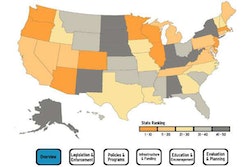 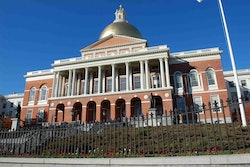