And so the Iron Lady, the former British Prime Minister Margaret Thatcher, leaves the stage, dying following a stroke.

Stories about her are legendary. Some of the best ones are true, but many of them are embellished or just plain apocryphal. One refers to failure and its link to having to use public transport. Which led Matt Bevilacqua to look back at Mrs. Thatcher’s role in privatizing Britain’s bus service during her 1979-1990 reign. 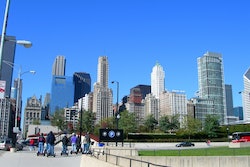