Construction projects in Minnesota are struggling to get done in a timely manner due to a cement shortage. CBS Minnesota reports the shortage is due to flooding from the spring, and some problems at cement plants down south.

“We have a problem right now. We do have a cement shortage,” Jerry Lang, president of the Aggregate and Ready Mix Association of Minnesota, said.

With projects like new Minnesota Vikings football stadium and the St. Croix River bridge currently under construction, Lang says it can be difficult to figure out where the limited amount of cement actually goes.

“And then we deal with these customers. Which customers are going to get the cement and which ones we’re cutting back, and what projects are going to be held up whether it’s a state project, a DOT project, commercial or private residential,” Lang said.

The football stadium and the St. Croix River bridge are currently getting priority shipments of concrete. However, those projects are also facing disruptions and likely delays.

Several contractors and workers in the concrete industry have asked Gov. Mark Dayton for an executive order, which would allow truck drivers to increase their hours on the roads, and haul loads up to 100,000 pounds. 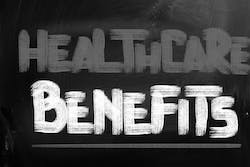 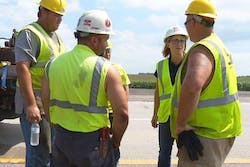