Are We Choosing Failure Over Success?

Early in my career, I worked for a special interest consumer magazine that was getting beaten badly by the competition. In a series of meetings about how to save our magazine and our jobs, we identified the reasons we were getting whacked and outlined a list of potential solutions, then we systematically went through all the solutions and found each one was either too expensive or too risky. So we failed, though we never exceeded our spending budgets.

It was an interesting exercise for someone just learning about business. Companies, like individuals, can be so afraid of trying something new they will keep doing things that don’t work until they go out of business.

The same things happen in government, too, and it’s happening in our government. While one politician after another pays lip service to things like infrastructure spending, in the end, there is not even a hint of political will to increase a fuel tax that has been inadequate for more than a decade. So we careen along a path of self destruction and cloak it in the illusion of fiscal responsibility.

One manifestation of that illusion is the rise of voices claiming that what we are doing — or not doing — makes perfect sense. The budget sequester has won praise by some as, while not ideal, a step in the right direction … a thought based entirely on the concept that nothing is more important than reducing spending, no matter how.

The parallel thought in the road industry was offered in February by transportation consultant Ron Utt, a former budget official in the Reagan administration, speaking to a CNN.com reporter. In scoffing about the dire predictions coming from the American Society of Civil Engineers and other groups as varied as the Chamber of Commerce and the American Association of State Highway and Transportation Officials, Utt said, “To hear some people tell it, you’d think we were Haiti.”

It’s true. We’re not Haiti and our decline won’t parallel that of an impoverished country.

Instead, the decline of our roads and bridges will continue to be by small, almost invisible degrees and easily misunderstood. For example, Utt pointed out that Federal Highway Administration statistics indicate the miles of pavement in good condition is trending up. This can only be an indication that things are getting better, right?

Probably not. The Obama stimulus spending on roads famously generated much less employment than expected because so much of the money went to small-crew projects like overlays and mill-and-fill interventions. Every mile of overlay goes instantly to the “good” category of pavement condition, so we had a brief burst of wide-scale improvement that will not be sustained by current revenues.

In addition, America’s road managers at every level have learned to give resource priority to preserving healthy pavements while just trying to keep failing roads useable. Inevitably, the inventory of failing roads will begin to grow again in the absence of adequate investment, and by the time this trend becomes visible, the cost to do something about it will be even higher than the cost we are unwilling to assume today. 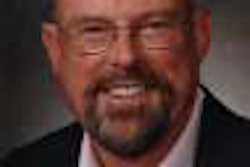 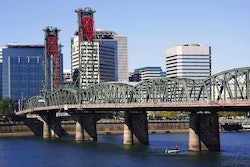 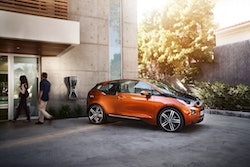 BMW, Honda among top transport Designs of the Year 2013