The real value of highway construction was up 4.3 percent in January 2013 compared to January 2012, according to the latest analysis of U.S. Census Bureau data by the American Road & Transportation Builders Association (ARTBA).

“Weather is the driving force behind the value of transportation work in January, which can be volatile,” said ARTBA Chief Economist Dr. Alison Premo Black in a written statement. “With warmer than average temperatures across the country, many contractors were able to get more work done on transportation projects, providing a market boost early this year.”

While the recent uptick in highway construction is positive news for a sector that saw a four percent dip in activity during 2012, Black warned that it remains to be seen if the trend will continue, noting that while states have recently been obligating federal dollars at a good pace, contract awards for highway projects have been down, and nearly half the states are pulling back on their programs.

The stalemate over the federal budget situation is another factor that could impact the market over the next few months, and it is unclear at this time if Congress will fund the highway and transit investment increases authorized last summer, or hold funding for these programs at the 2012 levels.

“We are looking to see how state and local governments will deal with the federal budget sequestration, which went into effect March 1. While the federal highway, airport and non-capital transit investments will not be cut, the reductions in other programs adds further uncertainty into an already challenging situation for many state budgets,” explained Black.

The term “value put in place” reflects actual work done on transportation construction projects and is an indicator of real-time market activity. 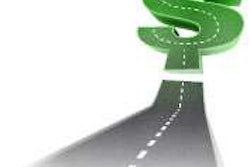