The transportation construction industry was hit pretty tough with this latest recession. In a 2014-2018 Construction Outlook from the Portland Cement Association’s (PCA) Dave Zwicke, senior regional economist, at the Associated Equipment Dealers (AED)/Infor Executive Forum, he noted that this past recession was the worst economic downturn since the Great Depression. There was an 8.5 million job loss. Construction activity declined 38 percent. Housing starts declined 73 percent.

Now that the country is finally in the recovery stages, there is concern that the recession has been so harsh that expectations for future growth have been distorted, Zwicke says. Are we in a “new normal?” There has been a prolonged period of 2-percent growth. There is worrisome federal debt, which is presently at the highest levels in the post-World War II Era. However, though there is merit to the arguments that we are in a “new normal,”’ Zwicke says, there cannot be a complete dismissal of business cycles and how they work.

Household debit as a share of GDP is in steady decline. The household debt service, the percent cost of debt relative to disposable income, is at a 30-year-low. Consumer confidence has risen to post-recession highs, and inflation remains “relatively low” for the near term, Zwicke says. He also points out that net job creation has accelerated. “The rate of annual increase has slowly been increasing,” Zwicke says. “The rate is expected to gradually accelerate, reaching 3 million in 2017.”

All this growth is encouraging. Although we may not be completely out of the woods yet, Zwicke’s acknowledgement of business cycles and how they work is important. I would like to take the optimistic approach that the market will continue to recover and get on board with Zwicke’s advice: Don’t underestimate the market. Here’s to hoping that despite all our funding issues, the overall construction market will continue down a positive road. 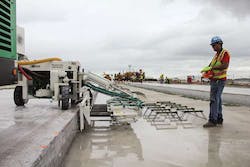 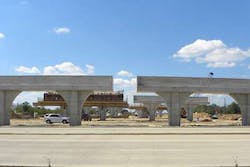 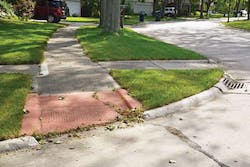 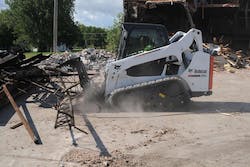