The Texas A&M Transportation Institute (TTI) has come up with The Planning Time Index (PTI). It is a way to measure the degree of commute unreliability, introduced for the first time as part of TTI’s annual Urban Mobility Report (UMR.)

The PTI measures travel reliability, working out the amount of extra time needed to arrive on time for higher priority events, such as an airline departure, just-in-time shipments, medical appointments or especially important social commitments. TTI says that if the PTI for a particular trip is 3.00, a traveler would allow 60 minutes for a prime-time trip that typically takes 20 minutes when few cars are on the road. And, says TTI, if the PTI is 3.00 and you allow three times as long as you normally would you’d get where you need to be, on time, 19 times out of 20.

PTIs on freeways vary widely across the nation, from 1.31 (about nine extra minutes for a trip that takes 30 minutes in light traffic) in Pensacola, Fla, to 5.72 (almost three hours for that same half-hour trip) in Washington, D.C., according to the TTI study.

“We all understand that trips take longer in rush hour, but for really important appointments, we have to allow increasingly more time to ensure an on-time arrival,” says Bill Eisele, a TTI researcher and report co-author. “As bad as traffic jams are, it’s even more frustrating that you can’t depend on traffic jams being consistent from day-to-day. This unreliable travel is costly for commuters and truck drivers moving goods.”

But wait! Now not only your delay discomfort, but how much carbon dioxide you are pouring in the atmosphere as you crawl along can be measured. The 2012 UMR debuts an estimate of the additional CO2 emissions attributed to traffic congestion: 56 billion pounds – about 380 pounds per auto commuter.

The analysis of CO2 was made possible by funding from the National Center for Freight and Infrastructure Research and Education (CFIRE).

“Including CO2 emissions into the UMR provides another dimension to the urban congestion problem,” says researcher and co-author David Schrank. “It points to the importance of implementing transportation improvements to reduce congestion.”

Traffic congestion in U.S. cities has remained relatively stable in recent years and continues to underscore the link between traffic and the economy, according to the UMR. As the nation’s job picture has slowly improved, some congestion measures in 2011 were generally comparable to the year before.

The Travel Time Index (the difference in time required for a rush-hour commute compared to the same trip in non-congested conditions) remained steady at 1.18, still short of the 1.23 level in 2005.

The total financial cost of congestion in 2011 was $121 billion, up one billion dollars from the year before and translating to $818 per U.S. commuter. Of that total, about $27 billion worth was wasted time and diesel fuel from trucks moving goods on the system.

Researchers say that the most effective way to address traffic congestion varies from one urban area to another, but that in all cases, a multi-faceted approach should be used, relying on more efficient traffic management and public transportation in addition to new construction.

Travel options such as flexible work hours and telecommuting should also be part of the mix, says TTI. 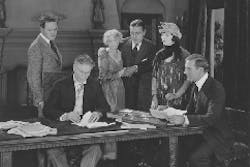 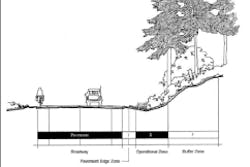 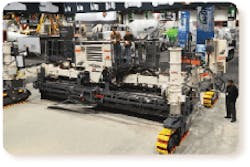