The U.S. Department of Transportation (DOT) publicly announced on Feb. 14 that it established a National Freight Advisory Committee to provide recommendations aimed at improving the national freight transportation system.

A strong freight transportation system is “critical to the nation’s economy and essential for helping meet President Obama’s goal of doubling U.S. exports by 2015,” according to the U.S. DOT.

The recent transportation bill, Moving Ahead for Progress in the 21st Century, (MAP-21), signed by President Obama in July 2012, established a national freight policy and called for the creation of a National Freight Strategic Plan.

The Advisory Committee will provide recommendations to the Secretary of Transportation on how the U.S. DOT can improve its freight transportation policies and programs. The U.S. DOT is soliciting nominations for members of the National Freight Advisory Committee. Instructions on how to submit nominations will be available in the Federal Register notice which will publish in the coming days, according to the U.S. DOT.

The collaboration of stakeholders will serve to promote involvement and compliance with proposed plans and performance measures. The effort will support the implementation of larger freight policy initiatives, including the Department’s Freight Policy Council, an internal body of DOT leadership created by LaHood to facilitate cross-modal implementation of MAP-21 freight provisions. The Advisory Committee will comprise at least 25 voting members from outside of DOT who have various perspectives on freight transportation, including mode, region, policy areas, freight customers and providers, and government entities, and will meet at least three times per year.

DOT also proposed the process through which the DOT will designate a national freight network to better focus attention on the highways most critical to the movement of goods. The Secretary will designate the most critical existing interstates and roads as the primary freight network.  This network will consist of up to 27,000 miles of existing interstate and other roadways. It will also include the possible addition of 3,000 miles of existing and planned roadways necessary for the efficient movement of goods in the future.

U.S. freight travels over an extensive multi-modal network that includes highways, railroads, waterways, pipelines and airways. While specific commodities are likely to use particular modes, a significant portion of the freight moved throughout the nation travels on more than one form of transportation to reach its final destination. A comprehensive system is required to meet the growing freight volumes. The Federal Register notice announcing the process for designating the national freight network is available at https://www.govinfo.gov/content/pkg/FR-2013-02-06/html/2013-02580.htm. 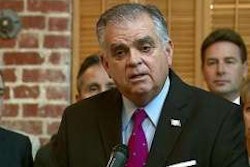 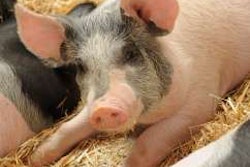 Pig manure is being used as an asphalt binder 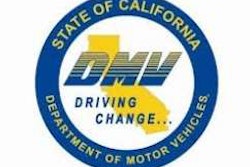