U.S. Sen. John Cornyn (R-Texas) and all 44 Senate Republican introduced a Balanced Budget Amendment to the Constitution to bring what they think is a “much-needed fiscal discipline back to Washington.”

This amendment follows comments in President Barack Obama’s (D) Feb. 12 State of the Union address that supported what is being viewed as deficit spending on stimulus-style projects.

Americans for Prosperity, Americans for Tax Reform, Council for Citizens Against Government Waste, National Taxpayers Union, National Federation of Independent Business, and the 60 Plus Association support the amendment.

In a written statement issued by Cornyn’s office, the senator who serves on the Finance and Judiciary Committees, said: “With more than $16 trillion of debt, including nearly $6 trillion since President Obama took office, we are facing nothing short of a fiscal crisis. Everyone agrees that our nation is on an unsustainable path, but unfortunately as we saw last night, President Obama is incapable of tempering his appetite for more and more spending.

“We must set effective limits on spending and taxes, and require a balanced budget,” he continued. “Families across Texas have to balance their checkbooks and live within their means, and there is no reason their government should operate any differently.”

Here is the amendment (as explained by Cornyn’s office) at a glance:

What are your thoughts on this amendment being introduced? (Let me know at tgbarbaccia@randallreilly.com or post to our Facebook page wall at www.facebook.com/BetterRoadsMagazine.) I’ll give you mine. (I always do!)

I think Obama needs to learn if there isn’t money, it can’t be spent. It’s not a difficult concept. I’d love a brand new car, but I don’t have the money for one right now so I’m not going into debt to get one.

I *could* live in a much larger house, but my husband and I decided that we need to live within our means and not stretch ourselves too much — just in case. And guess what? The just in case did happen. He lost his job as an architect for two years.

But we didn’t create a deficit for ourselves during this time.

The United States is supposed to be the greatest and most powerful nation in the world. But we are trillions of dollars in debt. We are showing our poor decisions.

The extraneous spending MUST stop. What we ARE spending money on needs to be what’s important to move our nation forward: infrastructure.

Following the state of the State of the Union address, Ruane released a written press statement noting that the association appreciates Obama highlighting  “the link between a strong, properly-functioning transportation infrastructure network and economic competitiveness.”

Ruane noted: “An overwhelming majority of Congress voted last year to support final passage of the highway and transit bill, MAP-21.  The law’s program consolidation, meaningful policy reforms and accountability provisions provide the foundation for building a much broader infrastructure investment package.  MAP-21, however, only provided enough financial resources to maintain highway and transit investment at current levels for two years; a scenario that does nothing to reduce the increasing economic costs and personal toll from worsening traffic congestion.

To read more about this, see the post, “Let’s stop spending money extraneously and solve the infrastructure problem,” on the “Aggregates Insider” blog on Aggregates Manager magazine’s website. Aggregates Manager is a sister publication to Better Roads. 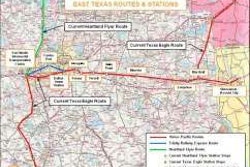 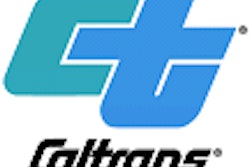 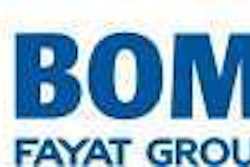