(For a downloadble PDF of this “In Court,” click here.)

A goal of public contracts is to procure goods and services at the best price possible while maintaining a level playing field for all bidders. This is accomplished through competitive bidding statutes. These statutes require that all bids must be “responsive” to the material requirements of the government’s solicitation for bids, or they must be rejected.

The government’s evaluation of bid responsiveness focuses on whether the contractor’s bid complies with the mandatory requirements of the invitation for bids (IFB) and applicable statutes. Minor deviations can be waived, but only where the deviations relate to form and not substance. Material deviations cannot be waived. The determination of whether a deviation is material hinges on whether it would give the bidder a competitive advantage over other bidders.

During the summer and fall of 2011, Del DOT requested bids for a joint project with Amtrak, including the “hazardous work of cleaning and painting the existing steel beams for the railroad bridge over Little Mill Creek.” Del DOT’s request for proposals (RFP) listed the requirements regarding paint certifications twice, including in the bid package and the Special Provisions under the heading “Special Notice to Contractors.”

The notice states the following:

On Aug. 31, 2011, Del DOT held a mandatory pre-bid meeting where it reminded all attendees, including representatives from JJID, Inc., that the existing steel beams supporting the Mill Creek railroad bridge were to be rehabilitated, cleaned and painted.

Del DOT notified JJID its bid was rejected because it was non-responsive to a material requirement of the RFP — submission of the paint certifications. JJID’s bid was also non-responsive because it proposed to submit new steel beams instead of repairing and repainting the existing steel beams. Del DOT said it would be contacting the second lowest bidder.

On November 23, 2011, Julian and JJID filed suit against Del DOT seeking a temporary restraining order preventing Del DOT from awarding the contract to a different bidder. The parties filed motions for summary judgment. The trial court granted Del DOT’s motion, finding JJID’s bid was non-responsive because it failed to submit the required paint certifications and it failed to bid on refurbishing the steel beams. JJID appealed.

The Supreme Court reviewed Delaware’s procurement statutes, and found they have two purposes: first, to allow the state to obtain the highest quality goods at the lowest price; and second, to assure fair and equitable treatment for all bidders, where the bidders must bid upon the same thing and on substantially the same terms. The court stated that a responsive bid is one that “conform[s] in all material respects to the requirements and criteria set forth in the contract plans and specifications.” Del DOT’s decision would only be overturned if it was arbitrary and capricious.

The court found some merit to JJID’s reasoning, stating that “[its] position would be stronger if the lack of paint certifications were the only non-responsive aspect of its bid.” However, the court also found that JJID’s bid was non-responsive in a material way because it did not comply with the plans. Del DOT required the steel beams supporting the railroad bridge be repainted and reused. Unknown to JJID, Del DOT had discussed with Amtrak possibly using new steel beams before soliciting bids. However the parties agreed to re-use the existing steel because new steel beams would need to conform to stricter loading requirements, which would result in a new track profile that would increase potential flooding problems with Mill Creek.

Although JJID’s bid was the lowest, it did not obtain approval for its proposed change from Del DOT. Instead, JJID knowingly submitted a bid that did not conform to the RFP requirements. As a result, the court found that Del DOT properly rejected JJID’s bid as non-responsive.

The Julian case highlights the importance of complying with all material requirements of a solicitation for bids. Although minor deviations from bid requirements may be waived, material deviations will result in rejection of the bid, even if it is substantially lower than other bids and provides an improvement over the government’s requirements. The rationale is one of the purposes behind competitive bidding statutes — to allow bidders to play on a level playing field where all bidders must bid upon the same thing and on substantially the same terms. As a result, contractors need to be careful to bid on exactly what is required. No more, no less. 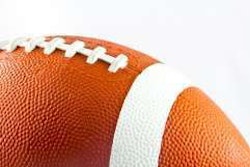 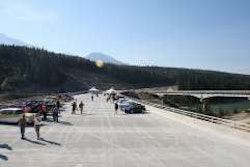 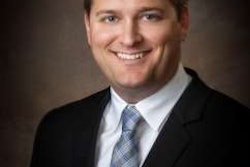