Some people just know how to sell.

In mid-December, Ohio governor John R. Kasich and the leaders of Ohio’s Department of Transportation and Turnpike Authority announced that the state would raise $3 billion for roads without leasing the Ohio Turnpike to a private vendor and without laying off Turnpike employees.

Hailed as the Ohio Jobs and Transportation Plan, the new initiative called for raising $1.5 billion through bonds issued by the Turnpike Commission and backed by future toll revenues, then raising another $1.5 billion or so via matching local and federal funds. The $3 billion (or so) would be used to rebuild the Turnpike and fund construction projects on other major highways.

As news releases go, it was more interesting than most because Governor Kasich, ODOT Director Jerry Wray and Ohio Turnpike Director Rick Hodges called it a “first of its kind” plan, and it stood in stark contrast to major announcements in recent years involving states like Indiana and Illinois leasing state-constructed infrastructure to private firms to raise cash.

It was interesting, but it wasn’t the kind of thing you would write a column about except maybe in a very slow news month. It’s what came next that put it to the top of my list.

In the hours following the first release came a steady stream of short announcements expressing enthusiasm for the plan. Six mayors endorsed the plan, including the mayor of Cleveland. The Ohio Operating Engineers Local 18 thanked Kasich for the plan. So did the Ohio Contractors Association. So did the Ohio Trucking Association and the American Trucking Associations, and the County Engineers Association, and a long list of state representatives and senators and county commissioners and a number of business groups, including the Dayton Chamber of Commerce and the president of the Greater Cleveland Partnership.

The message was simple and dramatic: Kasich and his highway managers had taken partisan politics out of the process by including a full spectrum of stakeholders in the process, and by somehow finding enough common ground to announce a high stakes financial proposition with a tidal wave of bipartisan support.

Kasich, if you didn’t know, is a Republican. The old fashioned upper Midwest kind — fiscally conservative, socially aware, politically pragmatic, and willing to do what’s right even when it isn’t politically expedient. You don’t have to bother checking the political affiliations of all the endorsers to know there were plenty of Democrats and Republicans who supported this plan.

They should. It will stimulate construction and jobs on a great, if not grand, scale in northern Ohio, and it will invest in critical infrastructure at a time when competitive pressure on contractors promises to keep bids low. It also locks in favorable toll rates for years to come. And it focuses the bond revenues on roads.

The final brilliant stroke of this initiative was announcing it with two dozen or more endorsements by civic and business leaders throughout the state representing a full continuum of political affiliations. It was a strong message to the press and to other politicians that this is a plan with support that runs long and deep in the state of Ohio. 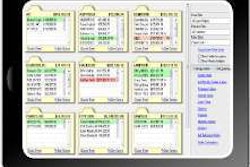 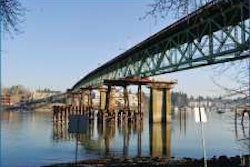 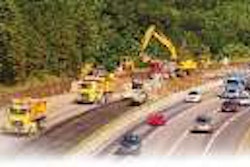