Conflict in a Contract?

(For a downloadble PDF of this “In Court,” click here.)

Construction contracts often contain provisions that are unique to the construction industry, for example “no damages for delay” and “equitable adjustment” clauses. A “no damages for delay” clause typically provides an express waiver of monetary relief for the other party’s breach of its implied duty of cooperation. In contrast, an “equitable adjustment” clause provides a mechanism to reimburse the contractor for its reasonable increased costs for extra work, including overhead and a reasonable profit. When these two clauses are found in the same contract, a judicial preference to avoid harsh forfeiture provisions — as found in a “no damages for delay” clause — can result in upholding an “equitable adjustment” clause, especially given the preference for interpreting contracts as a whole.

In mid-2003, the North Carolina Department of Transportation (NCDOT) accepted bids for a project in Greensboro relating to the widening of I-40. A contract was awarded to APAC Atlantic, Inc. APAC executed a payment bond with sureties Liberty Mutual and Travelers. APAC subcontracted the grading and grassing work to W. C. English, Inc. In turn, English subcontracted some of the grassing work to Southern Seeding Service, Inc.

Southern Seeding’s subcontract with English included a scheduled completion date of July 1, 2007. In addition, the subcontract contained an “equitable adjustment” provision at Note 15 and a “no damages for delay” clause at Paragraph 7. Through no fault of its own, Southern’s work on the project was delayed by English, including the failure of English to complete erosion work prior to Southern’s work. On March 24, 2008, Southern completed its seeding work more than 250 days past its scheduled completion date.

During its work, Southern sent English multiple correspondence regarding delays to its work and increased costs. Southern took the position it would not be responsible for any liquidated damages charged to English for the delays. Southern informed English that it was keeping detailed records of all items, quantities and costs incurred since July 1, 2007 and would seek an equitable adjustment in unit prices.

On September 23, 2009, Southern filed suit against English and the payment bond sureties, claiming $194,941.39 under the equitable adjustment clause for increased costs of materials, labor, and equipment incurred after the scheduled completion date of July 1, 2007. After a bench trial, the trial court denied Southern’s requested relief, holding that English was not required to pay for an equitable adjustment since English lacked a remedy against APAC (to recover an adjustment in unit prices past the original completion date). Southern appealed.

In its first ruling in 2011, the court of appeals overturned the trial court, finding that Paragraph 7 and Note 15 allocated different risks. Specifically, the court held that relief under Paragraph 7 (no damages for delay clause) was limited to the extent English was compensated by APAC or NCDOT for project delays. In contrast, Note 15 (equitable adjustment clause) did not contain this limitation. The court found the plain language of Note 15 allowed for an equitable adjustment, and the language of Paragraph 7 did not negate it. Accordingly, and reading the contract as a whole, the appeals court allowed Southern an equitable adjustment for its increased costs.

On remand, the trial court found that Southern was entitled to an equitable adjustment for its increased actual costs after July 1, 2007 in the amount of $194,941.39 plus interest until paid (100% of the amount sought by Southern). The court based its award on Note 15, the actual production rate of Southern’s forces after July 1, 2007 (as opposed to Southern’s less productive and more costly work prior to July 1, 2007), and agreed-upon labor and equipment rates between Southern, English and NCDOT. English and the sureties appealed.

In its second ruling in 2012, the appellate court held there was competent evidence to support the award of $194,000 to Southern. The court found that Southern’s itemized damages, in spreadsheet format, was adequate to support its claimed damages. The spreadsheet included detailed lists of the amount of materials used, the unit cost of the materials, when the materials were expended, the amount and rate of man-hours utilized, and on which dates. As a result, the appeals court determined that Southern properly used July 1, 2007 as its start date, the calculation represented its actual costs, and the calculation properly included only material, labor and costs.

The Southern Seeding case illustrates the importance of reading and understanding all contract provisions, including provisions that appear to conflict. Where possible, most courts will attempt to harmonize a contract to give meaning to all provisions. In addition, this case also shows the importance of thoroughly documenting increased costs. Here, Southern’s detailed documentation of its increased costs — in spreadsheet format — provided the seeds that resulted in an award of 100% of the amount sought by Southern.

About the author: Brian Morrow is a partner in Newmeyer & Dillion LLP, a California law firm He possesses B.S. and M.S. degrees in civil engineering, is a licensed California Civil Engineer and attorney and specializes in the field of construction law, including road, transportation and heavy construction. Contact:brian.morrow@ndlf.com. 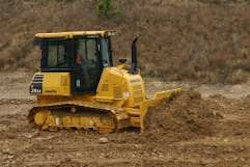 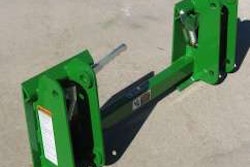 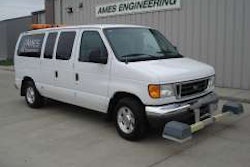