A recently completed project on the heavily trafficked I-94 between Minneapolis and St. Cloud, Minnesota, provides an example of how one state Department of Transportation (DOT) is finding ways to do more with less. The Minnesota Department of Transportation (MnDOT) used a variety of concrete repair techniques that were staged in order to minimize disruption to the public, maximizing longevity of the roadway as well as reducing the cost and hassle experienced by taxpayers.

They also challenged several business-as-usual repair practices in order to optimize their results. In the end, MnDOT achieved a high-performing surface on this stretch of I-94 during a four-year span using a variety of concrete pavement restoration (CPR) techniques – and did so cost-effectively.

“Today, the public is not investing as much into our roads, which means it is almost impossible to build or rebuild 65 miles of two-lane interstate in two years as was done when this stretch of I-94 was originally constructed,” says Dan Frentress, a pavement preservation consultant to the International Grooving and Grinding Association (IGGA).

Frentress points out some pavement repair techniques that have been used in the recent past have effective life-spans of only eight or 10 years and the math doesn’t add up: When repairing short sections of interstate highways during a number of years (as is usually done for budgetary reasons), the earliest fixes may be in need of repair again before the later stage work has even begun.

“So new solutions have to be found – and they need to vary in their expected design lives in order to avoid having constant repair projects within a given stretch of roadway.”

State DOTs are now tasked with finding solutions that last at least 20 years. Fortunately, an array of new technologies and techniques – ranging from state-of-the-art diagnostic tools and heavy equipment to innovative field procedures – are enabling industry professionals to come up with creative combinations of repair solutions. The I-94 corridor provided a testing ground for many of these 21st century approaches to road repair.

One state’s journey with aging interstates

In 1973, the MnDOT began construction on a new section of I-94 between Minneapolis and St. Cloud. MnDOT District 3 engineers used the footprint of the existing Highway 52 Corridor to build the new roadway, advertised at the time as one of the few diagonal interstate highways in the country. They constructed 65 miles of 24-foot wide, nine-inch thick concrete pavement with 27-foot panels using skewed doweled contraction joints and completed the project in 1974.

“At that time, even the most optimistic designer could not have envisioned the growth in traffic that would take place on this rural interstate,” says John Roberts, executive director of the International Grooving & Grinding Association (IGGA). “However, during the past 40 years, the roadway has become not only a popular commuter route during the business week, but also a heavily trafficked roadway during the weekend when residents return to their homes from their lake cabins.”

According to early 2013 reports, traffic had reached capacity at 28,500 vehicles per day with about 13 percent of vehicles being trucks. With such heavy use, the ride quality of the surface began to suffer due to the original designer’s choice of load-transfer devices, which were 1-inch black steel dowels with no epoxy coating. The current common practice calls for 1-1/2-inch diameter dowels with a thick epoxy coating.

As early as 2004, these dowels had rusted and were no longer functioning, which reduced the pavement’s load transfer efficiency between slabs. Minor faulting (less than 1/4 inch) was noticeable in the truck lane. In 2006, the District tried micro-surfacing on 23 miles in order to improve the ride. While this treatment briefly improved ride quality, it did not solve the load-transfer problem.

A toolbox of repair options

Using ARRA funding, the District began the interstate’s overhaul with a concrete repair project on about 40 miles of the original 65-mile stretch of I-94. Many concrete pavement preservation treatments were used to rehabilitate the surface, including full- and partial-depth repair with diamond grinding. Due to monetary constraints, the district was not able to replace the load transfer at every joint, so faulting was expected to return. The project was completed with minimal disruption to the traveling public, primarily using night closures.

Despite the overall success of the rehabilitated concrete pavement, by 2012, minor faulting had returned but only in the truck lane. For the 2013 construction season, District 3 let two concrete projects on I-94. One involved a concrete overlay approach on 14 miles of the 25 miles of concrete remaining to be fixed.

This was let as an accelerated project with the reconstructed eastbound lanes required to be open for Memorial Day traffic on May 23, 2013. The roadway repairs were completed on schedule by that date, with final completion for the second lane of construction on July 26, 2013. The total cost for this project was $1,176,647 per mile. The concrete pavement items totaled $525,680 per mile.

Although the concrete overlay is expected to provide the longest-term fix of at least 40 years, having the I-94 traffic restricted to one lane in each direction during construction of the overlay was difficult for the public. The District planned for the second concrete project to be completed only at night and have both lanes open for rush hour traffic each day.

For this section of pavement, the repair method known as “Buried Treasure” was chosen – a method referred to as such because non-destructive testing tools allow for the collection of enough information on underlying payments to determine which ones can be exposed and repaired and thereby continue to provide service life. The project called for the removal of the micro surfacing that was placed on I-94 in 2006 and replacement of every joint and crack with a full-depth repair was discussed by the design engineers.

Pavement evaluation revealed only 5 percent of all pavement cracks were occurring at mid-panel locations. It was clear that lack of load transfer was at the heart of the faulting issue. MnDOT then realized that an effective solution would be to replace all the transverse joints and cracked slabs using full depth repair. An initial project was scheduled, along a 10-mile section of the westbound lane and 1.2 miles of the eastbound lane of I-94. This solution was able to meet the required 20-year design life and be constructed under traffic.

With traffic diverted to one lane, the work hours on the I-94 project were restricted to 9 p.m. to 8 a.m. six nights per week, with designated times that the contractor could not interfere with traffic.

“While the cost of removing every transverse joint followed by diamond grinding sounds expensive, the overall project cost is far less than the overall project cost of the other treatment options available,” IGGA’s Robert says. He also notes with diamond grinding, the work is able to be completed with only minor inconvenience to the traveling public. Considering all the factors, full-depth patching coupled with diamond grinding was the most economical solution that can exceed a 20-year minimum life and be constructed at night under traffic, Roberts notes.

IGGA member Interstate Improvement Inc. was awarded the contract in the amount of $8,422,705 for the 11.2 miles of concrete rehab and diamond grinding. With the cost at $752,027 per mile for the total project, the concrete items were only $537,134 per mile. The cost of the full-depth repairs was $420,089 per mile. Interstate Improvement worked with their concrete supplier Cemstone Products Company to develop two different full-depth mix designs.

Also helping to conserve time and materials was the fact that MnDOT has always designed their full depth patches at a length along centerline of 4 feet or less. “Most states use 6 feet as a minimum length and thus sometimes remove good concrete just to make a 6-foot patch,” says Frentress. “But Minnesota has an excellent service record with the 4-foot patch and understands that they can get three joints fixed instead of two joints with the same amount of concrete.” (Editor’s note: IGGA supports diamond grinding.)

This article and photos are courtesy of the International Grooving and Grinding Association (IGGA). 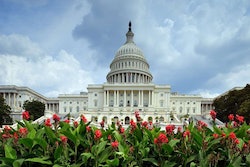 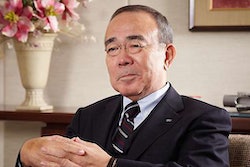