It’s so great to see the construction industry help others in a time of need.

After the tornado in Joplin, Mo., last year, several manufacturers lent equipment. When Hurricane Katrina hit Louisiana back in 2005, it was the deadliest and most destructive Atlantic hurricane of that year’s Atlantic hurricane season. The destruction was phenomenal, and our industry stepped in to help. 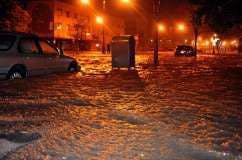 Flooded streets, caused by Hurricane Sandy, are seen on Oct. 29, 2012, in the corner of Brigham street and Emmons Avenue of Brooklyn, N.Y. Photo courtesy of Anton Oparin/Shutterstock.com

Just last year — on April 27, 2011 — a deadly tornado ravaged Tuscaloosa, Ala., the home of my company, Randall-Reilly Business Media. The devastation was unreal. Photos cannot even begin to describe it. (I went down there for a meeting two months after the tornado and was astounded.) Again, the construction industry stepped in to help, donating equipment, money and even setting up BBQs for those working on the cleanup efforts. Our own Randall-Reilly team was even part of the effort by raising money and donating time. (Our company allowed employees to take PAID time off to help with the cleanup efforts. Our very own chairman, Mike Reilly, and our president and CEO, Brent Reilly, were out there as well. No one was too good to help.) I am lucky to work for a company that puts people first.

In a world with so much negativity, it’s amazing to see people come together to help one another.

Now, in the wake of Hurricane Sandy, Holt Cat has stepped in to provide ower to affected regions. Following the superstorm’s destruction across the Northeast, the Cat dealer’s national response team deployed power generator equipment and service technicians to New York and New Jersey, restoring temporary and permanent power in those areas.

Currently, Holt Cat’s generators have provided 13.3 megawatts of electric power to the Northeast, and the dealer’s mpany’s national accounts administrative staff continues to provide tools and technicians to service power outages, according to Holt Cat. Through sale and rental, Holt has also provided more than 40 dewatering pumps and 100 light towers.

Power generators are currently powering the New York Stock Exchange and other critical institutions that would otherwise be without power.

I know there are many other companies and those employed in the transportation and construction industries that are helping out. (If you are, please feel free to send me photos and any information about your efforts at tgbarbaccia@randallreilly.com.)

However, I am appalled at the news I just read on WAFF.com, the online site for WAFF TV-48 based in Huntsville, Ala. According to a report I read on the site, The hurricane-ravaged east coast has been receiving north Alabama help, but crews learned they could not help out in New Jersey unless they affiliated with a union, according to the news station’s report.

A six man crew from Decatur Utilities headed up there this week, but Derrick Moore, one of the Decatur workers, said they were told by crews in New Jersey that they can’t do any work there since they’re not union employees, according to the report.
The general manager of Decatur Utilities, Ray Hardin told Fox Business they were presented documents from the International Brotherhood of Electric Workers at a staging area in Virginia. The documents stated they had to affiliate with a union to work, which the crews could not agree to, according to the report.
This is absolutely ridiculous. Crews are being turned away because they are non-union? Hurricane Sandy has devastated the New Jersey shore, New York City and the surrounding area. The Northeast needs all the help it can get.
But union rules are going to keep VOLUNTEER crews from helping out?
What happened to working together? People’s lives are at stake! The storm may be over, but the rebuilding of business, homes and people’s lives who lost everything they had in the storm is going to take a long time.
It’s like seeing someone drowning, but not being allowed to help. (This actually happened. Remember the lifeguards that were fired this summer after going to an area that was not their assigned area to help someone who was drowning?)
The idea of a union was created to help workers and keep them safe. Now, it has become a bureaucracy that is not helping others but hurting them.
What is wrong with people? These folks need a swift kick in the you know where.
It’s time to come together as an industry and as a nation to help the victims of this terrible storm.
Would you want the same for you if you were in this situation?
Related Stories 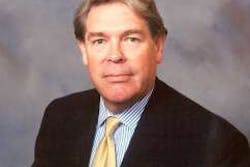 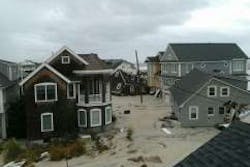 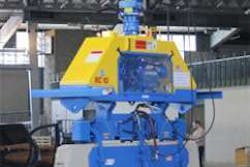 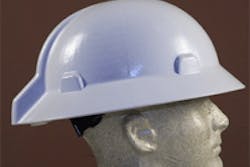