Concrete pavement returns to Alabama with the first concrete overlay in the state. 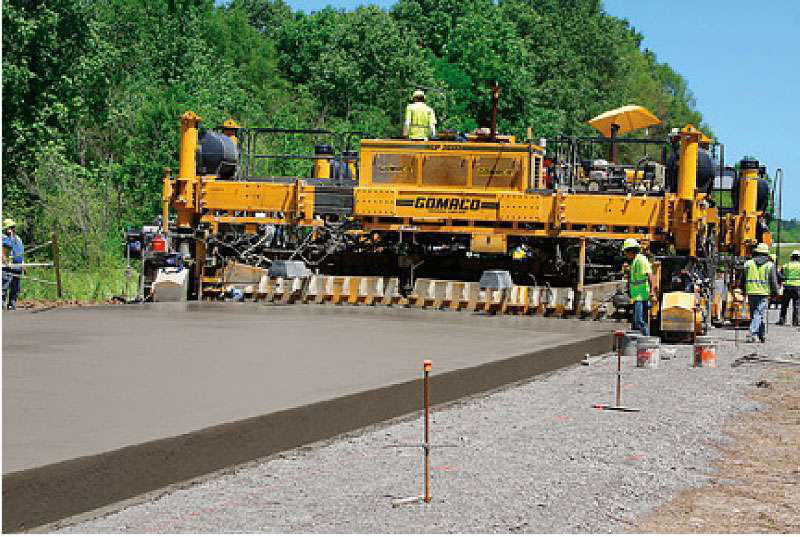 Hinkle Contracting is slipforming a concrete overlay on Interstate 59 in Etowah County, Ala., with its GOMACO paving train. The project features the zero-blanking band for measuring smoothness, and Hinkle’s overall average has been under a 20.

Interstate 59 through the state of Alabama was originally paved with concrete in the mid 1960s. Nearly 50 years later, the original concrete has far surpassed its life expectancy and is in need of replacement. The Alabama Department of Transportation (ALDOT) looked at different alternatives to replace an 11-mile, four-lane section of the interstate through Etowah County. They developed the alternative of an unbonded, 11-inch thick concrete overlay that would be slipformed over the existing roadway.

Concrete contractors from across the United States bid on the project, which would be the first concrete overlay in Alabama. Hinkle Contracting Corp., based out of Paris, Ky., specializes in heavy civil construction and concrete paving projects, won the bid and began work in the summer of 2010. It’s the first concrete project to be let in Alabama since the early 1980s and Hinkle Contracting had officials from across the state and the country watching the success of the project. Smoothness, edge and thickness specifications with large disincentive penalties added to the project’s challenge.

“This job has the most stringent ride specifications we’ve found anywhere in the country,” says Jim Peace, operations manager for Hinkle’s Concrete Paving Division. “This project uses the zero-blanking band and anything measuring over a 20 per tenth of a mile segment is penalty. To earn a bonus, we have to get 10 and below, with about $400,000 worth of bonus to be earned. There are $3.5 million worth of penalties available on the project if we hit between 20 and 50. If grinding is needed, it’s only allowed from 25 feet on either side of the header. If we wouldn’t be able to correct the smoothness to less than 50 with 25 feet of grinding, we’d be required to remove the entire 528-foot-long segment.

“So far we’ve paved 10.5 miles of the project’s northbound lanes and our overall average is under a 20 on the zero-blanking band.” 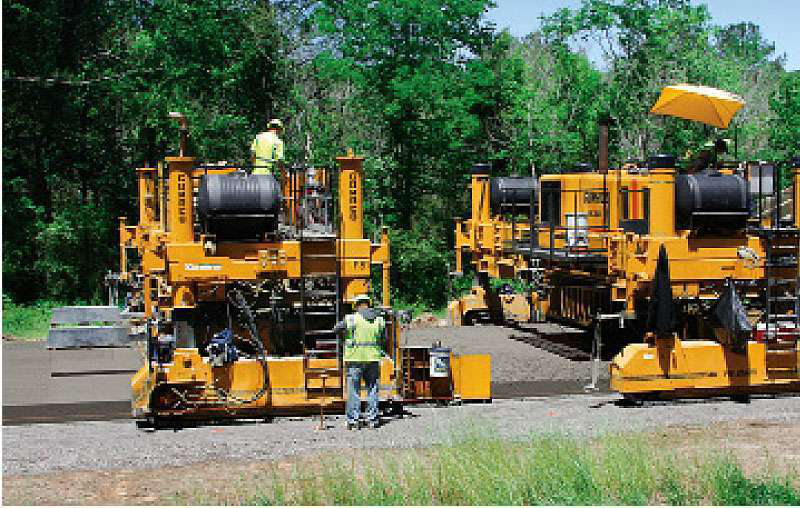 From the first days of paving on the project, Hinkle Contracting and their paving crew worked and experimented with different elements to create the smoothest ride possible. Different variables they looked at included types of stringline, distance between stringline rods and holders, draft of the paving mold, concrete slump, size of the concrete head in front of the paver, and all processes that can influence pavement smoothness on a concrete paving project. Hinkle equipped its two-track GP-2600 paver with two paver-mounted GOMACO Smoothness Indicator (GSI) units. The GSI units provided on-the-go instant feedback as Hinkle personnel worked to fine-tune their paving operation.

“We spent three days tweaking…tweaking the draft, the feed, the slump and more,” Peace explains. “We would make notes as we made changes and just kept tweaking until we reached where we needed to be. The instant feedback from the GSI was a good thing. It gave us the knowledge of what the concrete was doing in regards to the changes we were making. We could see right on the GSI screen mounted on the back of the paver what was happening with our concrete.”

The concrete mix design specified for the project is a very porous, very coarse mix that proved challenging to slipform. Slump averages 1.5 inches.

“We have to run the concrete at a 1.5-inch slump because of the tolerances on the project,” Peace said. “We have a one eighth of an inch edge form tolerance. If we don’t comply, we have to do removal.”

Concrete is produced on site by a mobile batch plant set up in the center of the project. The farthest haul the trucks have to make is only six miles. Federal highway regulations limit the weight of the loads the tri-axle trucks are allowed to carry. Up to 18 trucks haul 6.75-cubic-yard loads of concrete to the paving site.

The existing roadway underwent some full-depth patch repairs in areas where the concrete was in poor condition. Then, an overlay bond breaker was applied to correct cross slopes so the new concrete overlay could be applied.

The project allows no room for haul roads, so the trucks have to back up to the GOMACO PS-2600 placer/spreader and dump their load directly on the road. The PS-2600, working without the conveyor belt, spreads the concrete in front of the GP-2600 slipform paver. Baskets are placed on grade by hand every 15 feet.

The GP-2600 is paving 26 feet wide and 11 inches thick. Hand-finishing work behind the paver is kept to a minimum.

“We’re running straight edges across it, but we’re not rubbing on it,” Peace says. “If you have to rub on it, you’ve got problems that a finisher can’t fix in the slab. My philosophy is if things aren’t going right in front of the paver, there won’t be anything right behind it. You have to do your work up front correctly to guarantee a good end product.”

Concrete paving production averages 2,000 feet per paving shift. Production is limited because of the small loads the trucks are allowed to haul and the Hinkle crew always strives to keep its paver moving at a slow, steady crawl. Also, hand setting both the longitudinal and transverse baskets on grade while paving takes additional time and labor for the paving crew.

Quality of the concrete is constantly being tested and measured, both with the ride requirement and with core testing. Each 528-foot segment is cored in six different places, with 6-inch diameter cores. Cores are used to test the concrete strength and depth of the concrete, with anything over a 0.25-inch deviation in depth requiring removal and replacement.

A GOMACO T/C-600 texture/cure machine follows the paver. The new roadway is transverse tined and sprayed with a white curing compound.

“This has been both an interesting and a challenging project for us,” Peace said. “We’ve paved 528-foot segments with numbers down in the fours and fives on the zero-blanking band. Everybody is liking the ride we’re producing.”