Each year about one or two American workers die of suffocation from carbon monoxide (CO) poisoning. Typically, these deaths are the result of operating gasoline-powered tools in confined spaces. Researchers at Virginia Tech want to reduce that number to 0.

So, this team developed a clever sensor that attaches to a hard hats that acts as an alarm whenever a worker is experiencing the effects of CO poisoning by monitoring the worker’s blood oxygen level, according to IEEE Spectrum.

The package adds very little weight to each hard hat and is composed of a device called a pulse oximeter, a small radio transmitter, a nine-volt battery and a 3.3-volt regulator. The oximeter is held by the hat’s headband against the worker’s forehead and monitors blood oxygen levels through his or her pulse.

When the sensor pickup up on dropping blood oxygen levels associated with CO poisoning it alerts the wearer to leave the area.

But the researchers behind the sensor aren’t stopping with CO poisoning. Once they’ve brought this device to jobsites, they hope to develop more wearable work-safety sensors with the aims of preventing falls, electrocution, particulate inhalation and heavy equipment deaths. 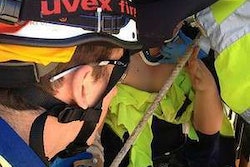 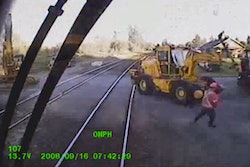