Since its 2020 pivot to become Daimler Truck North America's vocational brand, Western Star has launched its models 49X and 47X. Recently the Freightliner sibling shifted its focus from the jobsite to the road, trotting out its third new model in two years – the on-highway 57X.

The 57X will replace the 5700XE – Western Star's aero model that debuted in 2014 and starred as Optimus Prime in the Transformer franchise that same year. Following a run of just six years, Western Star shelved its model 5700XE at the end of last year.

When the 5700XE debuted in the Fall of 2014, the sculpted and sleek 5700XE – XE is for Extreme Efficiency – was Western Star's official foray into the era of the aero-tractor following three years in development. The end result was a tractor heaped with airflow and a Detroit-exclusive powertrain.

The 57X is the most fuel-efficient truck Western Star has ever built – 5.8% more fuel-efficient than its predecessor. About half of those gains come from an aerodynamic retooling and the other half from a powertrain comprised exclusively of Detroit products.

Inside and out you'll find only LED lighting. Outside are sensor-driven Dual-Stage Intelligent LED headlights that melt ice and clear condensation. Interior LED lighting offers better visibility and longevity. 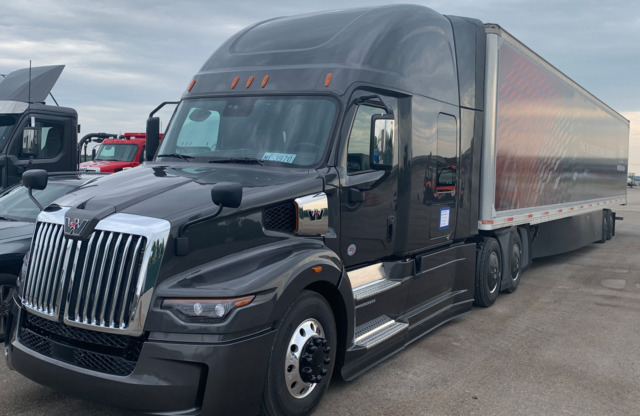 The 57X will replace the 5700XE – Western Star's aero model that debuted in 2014 and starred as Optimus Prime in the Transformer franchise that same year.

The frame rails of the 57X are splayed and the engine mounted lower, enabling a 2-inch drop in the hood and improved airflow. Air ducts integrated into the bumper – a first for Daimler Truck North America – throw air around the tire. And, of course, a visor is standard.

Side fairings with flexible skirts are specifically designed to fill the gaps between the cab and chassis. Up top, you'll find an aerodynamic roof fairing or an adjustable aerodynamic deflector for day cab models.

Sleeper side extenders add 24-inches of aero-friendly space filler between the truck and trailer (12-inches for day cabs). They are designed to breakaway to prevent damage to the cab in jackknife situations.

The new 57X is equipped with safety and connectivity features designed to protect the driver, pedestrians and other motorists, while providing the driver with real-time dataflow. 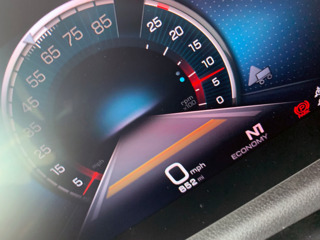 A 12-inch digital dash display – all new for Western Star – features a configurable instrument cluster. A complimentary 10-inch display on the B-panel displays entertainment options such as Apple CarPlay and Android Auto (which can be accessed with a smartphone), as well as vehicle information from Detroit Assurance. Integrated steering wheel controls let drivers control most entertainment and information functions without taking their hands off the wheel.

Four cab options are available, including Day Cab, 60-inch Mid Roof, 72- inch Mid Roof or 72-inch Stratosphere. The 82-inch sleeper is no longer available but thanks to the fractionally wider and taller cab, the "smaller" 72-inch Stratosphere is actually 22% larger volumetrically than the outgoing 82-inch. Clint LaPreze, DTNA's on-highway segment manager, said this is possible mostly by moving the seats and the bulkhead further forward, giving the bunk more room and using less space.

Inside you'll find plush leather seating and, on sleeper models, an optional enhanced driver’s lounge with table and Murphy bed. The Dual Battery Powered HVAC has replaced the ParkSmart system, and better electronics and integrated hardware make it less susceptible to vibration-induced wear and tear. The dual evaporator system allows the engine to cool the truck while running over the road or optimize idle. The electrical and engine powered compressors also run at a lower amperage (35amps vs 45amps electrical and 16amps vs 57amps engine powered). Lower use of amps leads to longer life of the compressor.