It’s happening again. A technology that got a lukewarm reception in the consumer markets is in the first stages of creating a revolution the heavy equipment sector.

The first time this happened it was the Internet of Things (IoT). Four years ago, when told IoT technology could enable consumers to adjust their home thermostat from their smartphone while stuck in traffic, many just yawned. But when OEMs and heavy equipment managers realized IoT could help them cut millions of dollars out of their fuel bills or check critical tire pressures on mining trucks half a world away, they embraced it with enthusiasm.

So this year many people have seen the videos or heard of autonomous passenger vehicles. But the practical applications for these driverless cars still seem a distant goal. California just this month issued guidelines that just about bans fully-autonomous vehicles outright, at least for the time being.

See a video of the system in action here:

For heavy equipment, the 5D Robotics technology was first piloted at United Rentals’ Pico Rivera, California branch. Helge Jacobsen, United Rentals vice president of operations excellence said, “Seeing this reliable, safe, autonomous vehicle technology function in our yards has been an eye-opener. The equipment can move from station to station within the yard and load itself onto trucks.”

5D’s technology has already proven itself on more than 30 robots and a host of vehicles in military applications—most notably in bomb disposal robots. And the company continues to research and innovate in autonomous vehicles and smart cities where the infrastructure and the vehicles are all communicating via wireless technology.

“We developed a technology we call Ultra Wide Band Radio Frequency Positioning or UWB for short,” says David Bruemmer, 5D CEO. UWB essentially blankets a designated area with a radio signal that spatially locates any machine with a transmitter module or any person wearing or carrying a device or tag.

“There are two different modes that function simultaneously,” says Bruemmer. “One mode is what we call peer-to-peer or relative positioning. In that context if I am wearing a tag, the vehicle won’t hit me. I could be lying on the ground or behind a bush and the machine would still not hit me. Even in cases where a camera or laser wouldn’t really see me as an obstacle, a robot can still see the tag. The idea is that everyone can have a safety vest with this little UWB transmitter in it.”

The other mode Bruemmer describes as the Pied Piper mode. “In that mode the tag is like the Pied Piper’s flute. At any time I can say ‘come here’ and even if the robot can’t see me, it can see the tag and come to where the tag is. Another thing I can do is say ‘follow me’ and wherever I walk, the robot or robots follow. So if you wanted to collect your equipment you would just press or say ‘go’ to the tag and walk through the yard and now you have a line of vehicles that are turning on and maneuvering to take their place in line.”

The “tag” in these examples is a simple transmitter. The “robot” is a receiver module that’s wired into the equipment’s CAN-BUS system and programmed to turn the machine on, steer right, steer left, or perform other maneuvers. And with the UWB technology, there is no need to use GPS signals or survey points for location. The system is self-referential and will work in environments or conditions that block GPS signals.

“Humans are intelligent but we still put up signs on buildings and roads to help us navigate,” Bruemmer says. “Robots need the same thing, so we refer to this process as creating a robot-readable world.”

The architecture of the system is such that users can select from a variety of interfaces and controllers. 5D Robotics found that the military bomb disposal operators liked the Nintendo Wii and Nunchuk controller and built their system around that. Microsoft’s Xbox controller is another that’s been used, as have cell phones.

“What we generally do for a particular customer is customize an input method for the task at hand,” Bruemmer says. “There is no one perfect way. In loud, noisy environments, like construction sites, speech is ambiguous and difficult. Generally I think having a simple buttons to press is in many ways the easiest. But we are very happy to use whatever controller the customer wants to use.”

While the term autonomous tends to imply “driverless” in both cars and machines, that’s not quite what 5D Robotics is aiming for in the heavy equipment space.

“We want to make this technology more biologically inspired,” says Bruemmer. “Once the equipment has the technology on board, it becomes more like a highly trained police dog than a fully autonomous system.

“We can do full autonomy, but a lot of what we’re doing is working on what we call the human-robot interaction. What it comes down to is working very closely with the users and stakeholders in a particular environment to figure out what they need and configuring the system around their human factors. It’s not about the robot; it’s about the interaction with the human.”

A common criticism of robotic technology is that it takes away jobs.

“The last thing we want is for people to think this is taking away their job,” Bruemmer says. “We want our technology to be viewed by operators as something that’s going to make their life better, add safety, efficiency, comfort and ease.”

In Equipment World‘s discussions with managers of the country’s largest fleets, the robots vs. jobs argument has been almost moot.

First, construction companies find it almost impossible to find and keep good operators. Second, many members of the Association of Equipment Management Professionals say similar technologies like drones, telematics and GPS are attracting a new breed of millennials to the industry. With these new systems, the drudgery of low-value work is being replaced by the excitement of technology-enhanced, high-value work. 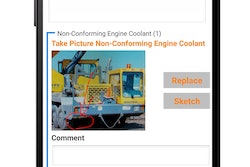 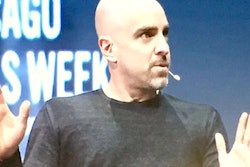 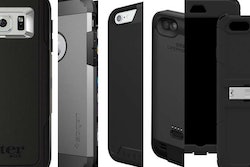