The start of something big

The last week of September some 700 people got together for a three-day conference in Houston, Texas, that may have marked the beginning of a new era.

Billed as the Natural Gas for HIgh Horsepower Applications Summit 2012, the inaugural event brought together engine manufacturers, gas and pipeline companies, oil and gas drillers, the makers of gas storage infrastructure and OEMs in the construction, marine, mining, and rail industries.

Why all the interest? Diesel is over $4 a gallon, but, thanks to vast areas of shale gas that are opening up across the country, liquefied natural gas (LNG) is selling at the diesel gallon equivalent of about $1.50 a gallon. And that $2+ price difference is raising a lot of eyebrows. Experts say natural gas could replace anywhere from 25 to 40 percent of the diesel used today.

Experts predict natural gas could replace anywhere from 25 to 40 percent of the diesel used today.

Natural gas engines are more expensive, and the storage and transportation of this fuel is more complex than handling diesel. This adds to the cost, but the cost will decrease over time as the industry builds more engines, infrastructure and pipelines. Where pipelines don’t reach, the gas companies are promising “pipelines on wheels.”

The early adopters will be big fuel users – the mining, rail and marine industries, and on-highway haul trucks. Natural gas powered off-road construction equipment, will come later, said Paul Blomerus, senior director of the high horsepower division at Westport, the natural gas engine developer based in Vancouver, British Columbia. Because of construction equipment’s duty cycle and idle times, fuel use per machine is not as high relative to the other applications, he says.

“It’s not a technology gap,” Blomerus said. “It’s just an economic gap.” As the natural gas engine market matures, it will drive down the cost, and as the cost of diesel continues to rise relative to natural gas, you will start to see the construction side make better economic sense, he says.

Even if the yellow iron is last in line to fill up with natural gas, the companies that use heavy equipment are benefitting from the dirt work and road building required for these drilling pads. In all the construction industry statistics we’re seeing, the oil and gas category is a bright spot. Expect that to continue.

Another plus: natural gas is domestically produced, which helps keep American dollars at home. And last but not least: natural gas is the cleanest burning fossil fuel available. It’s so clean, in fact that the Environmental Defense Fund recently came out in favor of fracking, the drilling technology that unlocks all this underground gas.

Organizers of the event say they will convene another summit next year. For more information go to hhpsummit.com.

To see our full series of articles on the summit go to equipmentworld.com and type “hhp summit” into the search box. 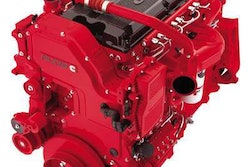 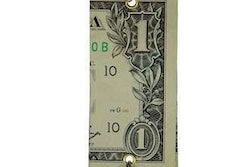 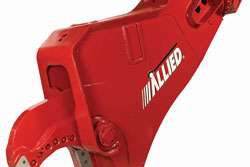