American Augers drills and Trencor trenchers will retain their brand identities as they are incorporated into The Charles Machine Works (CMW) fold, says Tiffany Sewell-Howard, CEO.

“American Augers (AA) will remain a separate entity, similar to our HammerHead acquisition, and production of Trencor products will be moved to the AA facility in Ohio,” said Sewell-Howard in an interview with Equipment World.

CMW, known for the Ditch Witch brand, bought the two lines from Astec Industries, in a $55 million deal expected to be finalized by the end of this year.

“For the past several years, we’ve focused on our vision of becoming the CMW family of companies, the authority in the underground construction business. This addition is a great step towards that vision,” Sewell-Howard says. “We want to address all the needs of the underground market.”

The deal gives CMW high horsepower models in both trenchers and drills. The largest current Ditch Witch trencher is the 115-horsepower RT115. Trencor models range from the 250-horsepower T765 to the 1,300-horsepower T1860.

CMW plans to keep the American Augers facility in West Salem, Ohio, and transfer the Trencor line, now manufactured in Tennessee, to the Ohio plant. Also retained: the direct-to-market sales approach of both lines.

“I believe American Augers has a strong brand and strong relationships with customers, and we are going to continue to support those,” Sewell-Howard says. “As we go forward, we will look at how we can leverage the entire CMW family of companies to help these brands be even more successful.”

While there is some overlap with these lines and the traditional Ditch Witch customers, the acquisition gives CMW the ability to expand its reach.

“We now have the opportunity to cultivate these relationships by providing broader solutions,” Sewell-Howard says. “They are going to be a tremendous addition to the CMW family of companies. We are able to strengthen our competitive stance, expand our capabilities, and offer new products, new brands, and new channels to the underground construction market.”

As of press time for this issue the media has run a month long string of what looks to be good news stories about the housing market, which peaked in 2007 and fell into a steep decline since.

And since housing developments require substantial sitework, foundations, utilities, curb and gutter installations and paving, the health of this market is often considered an indicator of the health of the heavy construction market.

• Demographics. According to Moody’s, the children of the baby boomers, the so called echo boomers age 30 to 45, have entered their most promising household formation years when they are significantly more likely to buy a home.

• Stimulus/QE3. Freddie Mac boosted its outlook for housing in October, saying the third round of stimulus spending (quantitative easing) was improving the outlook and that it would increase its purchases of mortgage backed securities by $40 billion per month.

• Big homebuilders. Richard Dugas, CEO of homebuilding giant PulteGroup, said in October the housing market has realized a meaningful increase in the volume of new home sales for the first nine months of 2012 and that his company had logged a 27 percent increase year-over-year signups.

• Home Depot. The big orange, big box retailer of lumber, tools and hardware posted a winning third quarter earnings report with a 4.3 percent year-over-year improvement in same store earnings and says it expects full year revenue growth to be up 5.2 percent, easily beating expectations. Gross margins were up 34.6 percent, in part due to better appliance sales – a category Home Depot says serves as a good indicator of consumer confidence.

• New home starts. The Commerce Department reported that in October builders broke ground on 894,000 homes, a 3.6 percent increase from the previous month. That puts housing starts 87 percent up from the bottom of 478,000 units in July 2008.

But the naysayers have plenty of bullet points in their belts as well, including these:

• FHA. As reported in November, the Federal Housing Administration is broke, $31 billion in the hole. This might be seen as a good thing, seeing how the FHA and its subsidiaries doubled in size between 2005 and 2009 and with $1 trillion in questionable loan guarantees all but created a housing bubble that had to burst. Unfortunately the government will probably bail out the FHA, which means political monkey wrenching in the homeownership and mortgage business will soon begin anew.

• Student debt. The echo boomers may be entering their household formation phase, but two thirds of them are saddled with college loan debts, too. The average debt is $26,000 per student. And the total size of the student debt market in the United States exceeds the total debt owed on all cars and trucks. Interest on student loans run 6 to 7 percent, which will make it difficult for this age group to qualify for a home loan or raise a down payment for decades to come.

• Supply glut. A housing bear if there ever was one, Barry Ritholtz, CEO of Fusion IQ and a prolific investment blogger, says there are anywhere from 3 to 6 million homes which will foreclose in the near future. Additionally, he says there are 12 to 16 million homes underwater that the owners can’t sell. There are also substantial numbers of rental homes, vacation homes and investment properties that owners are holding onto until prices improve. And there are 2.8 million homeowners who haven’t made a mortgage payment in 12 months. The glut of supply will take three to four years to work out, Ritholz says, and it’s pointless to talk of a recovery until that happens.

When you look at the positive news, it appears most of those trends are coming from narrow target statistics. The larger trends such as student loan debt or shadow inventory are macro-level problems. Factor in the fragile nature of the economic recovery, looming tax increases, health care and increasing regulatory burdens, it may be presumptuous to break out the champagne just yet.

The one good macro level statistic – 894,000 starts – certainly looks better than 600,000 starts that last year was touted as the “new normal.” But it’s far below the 1.2 to 1.5 million starts the industry says it needs to be healthy again.

The elections have ended, and Congress is still divided while the United States races toward the fiscal cliff. In light of this issue, SmartBlog’s

Jennifer Hicks spoke with members of the Associated General Contractors of America on four areas the construction industry should continue to watch over the next year: fiscal cliff and taxes, infrastructure investment, labor and human relations policy and environmental issues.

AGC members declared the fiscal cliff as the top priority because it could potentially cause federal defense and nondefense programs to lose $109 billion on January 2. If this happens, federal construction spending could decrease by $6 billion.

Jeff Shoaf, senior executive director of government and public affairs at AGC, only anticipates a 50-percent chance of Congress dealing with the fiscal cliff in the next year.

The AGC members are more hopeful about infrastructure investment as well as labor and human relations policies because the construction industry may soon see immigration, health care, union organizing and project labor agreements. 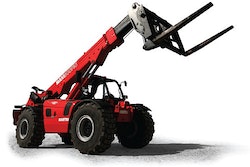 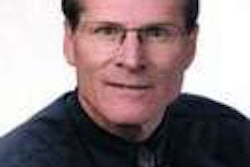 Comparing roads, here and there 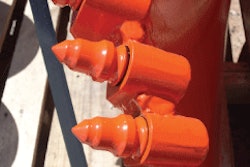