Comparing roads, here and there

Germany celebrated the 80th anniversary of its famed Autobahn in August, mainly with a chorus of complaints that the storied highway system was crumbling under over-use and under-investment.

The month closed with the news that three people died when a brand new bridge in China collapsed. State media attributed the failure to shoddy construction and overloading. The failure of the 9.6-mile-long Yangmingtan Bridge marked the sixth bridge failure in China in a 13-month period.

These two news items convey dramatically that road woes are a widespread problem in our developed and developing worlds today.

Germany’s Autobahn was the inspiration for America’s Interstate Highway system and for advanced highway systems all over the world. China’s mega-investment in roads and bridges has been cited repeatedly as one of the reasons the United States needs to invest more aggressively in its infrastructure: The cost of getting exportable products from the distant reaches of a country to its commercial harbors and ports is a critical factor in international competitiveness.

As far away from a serious transportation program as we seem to be today, we are much closer than many of the nations with whom we compete.

While some might see these developments as proof that infrastructure investment has become globally passé, the more intelligent observation is that infrastructure challenges are never ending for all countries, and that the United States is as well poised to solve its problems as anyone else.

Germany’s problems with the Autobahn have evolved even though that country’s fuel tax is measured in dollars per gallon rather than our pennies per gallon.

China’s collapsing bridges are a symptom many emerging nations endure as their economic development is faster than the evolution of reliable grass roots government and industry.

By contrast, the United States has a dedicated fuel tax that is spent only on transportation, and its system of building and maintaining infrastructure is honest and efficient. Yes, there is the occasional scandal and there is endless carping about costs, but the American tax payer consistently gets everything they pay for in their roads and bridges.

Most of our pavement and bridge problems would go away if we increased the federal fuel tax by a dime a gallon; they’d all go away if we increased it by 25 cents. That’s a total federal fuel tax of somewhere between 28.5 and 43.5 cents per gallon. Fuel taxes in Germany and elsewhere in Europe run closer to $5 per gallon and are used as general revenues, not dedicated to transportation.

There is a strong message to highway contractors and heavy construction firms in all this. As far away from a serious transportation program as we seem to be today, we are much closer than many of the nations with whom we compete. We are pursuing pennies per gallon while Germany has to re-allocate tax revenues – from more popular programs – and China is still trying to create a government and industry structure that can produce reliable work.

This comparison is a good thing to keep in mind when your industry association asks you to get active in lobbying efforts, especially after these several years of futility. We’re closer to a solution than we think. 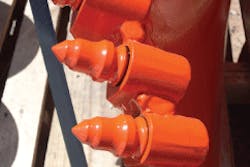 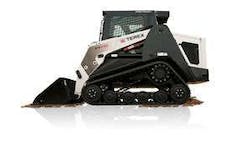 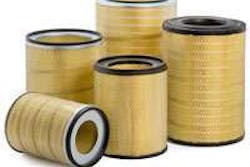 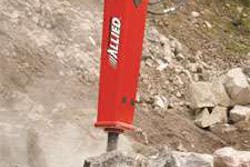