With the unveiling of the 2015 Rebel and Laramie Limited pickups earlier this year, Ram introduced its most distinctive grilled designs yet, representing the first major changes to the brand’s iconic front facia in more than 20 years.

The truck maker recently released a video featuring interviews with the brand’s historians and designers on the history of Ram grille design and the challenge and mission of changing things up a bit with the new Rebel and Laramie.

As Brandt Rosenbusch, historical service manager for Fiat Chrysler Automobiles, says in the video below, for most of the history of the Ram pickup, design changes to the front fascia were fairly frequent but mostly insignificant. It wasn’t until 1994 that the Ram grille took on its now instantly familiar crosshair design.

More than 20 years later, with Ram having separated from the Dodge brand, the truck maker decided it was time for a bit of a change.

“We wanted to see how much further we could go with it and really play up the Ram brand identity to separate it from Dodge,” says Michael Gillam, Senior Creative Designer for the Ram Trucks Studio. For a bit of inspiration, the design team asked itself, “If your truck had a beard what would it look like,” Gillam says.

Deyan Ninov Ram Exterior Creative Designer, says for the Laramie the team wanted to develop a grilled that represented the truck’s luxury trim while the Rebel grille was the result of studying mechanical and off-road elements. “You don’t want to create something that all of a sudden alienates customers but at the same time you want to take risks,” Ninov says.

Check out the full interviews below. 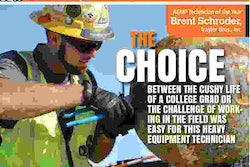 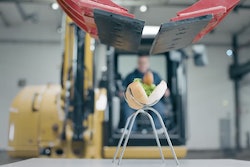 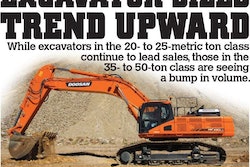