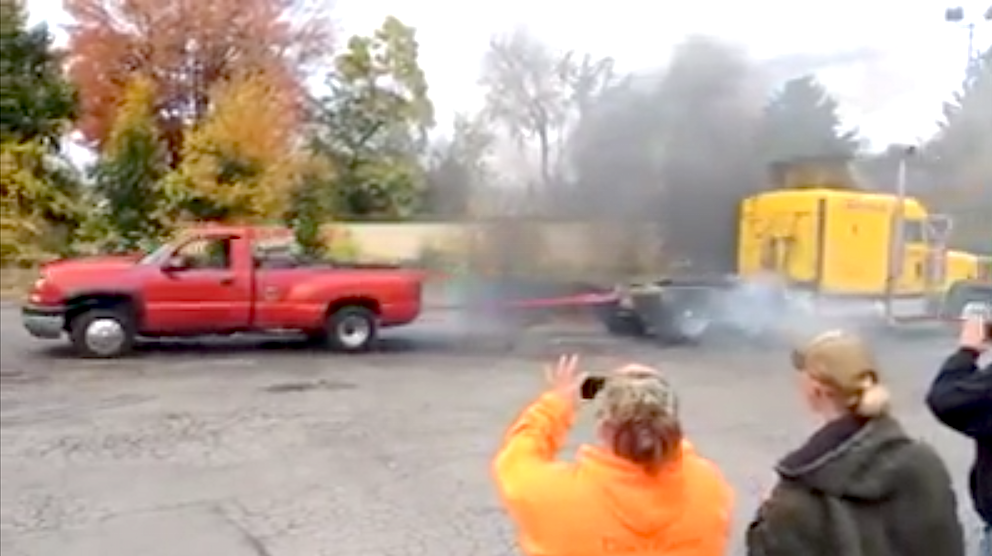 We’ve seen pickup trucks engage in a game of tug-of-war before. Usually against each other, occasionally losing an embarrassing battle against a Volkswagen. But the feat below? It’s one of those things you think no one is brave enough (or dumb enough) to try.

Echoing the folks at Truck Yeah!, who dug up these clips, we have no idea what brought the champions in the video below together. Whatever the reason, once the tug-of-war gets underway, the Silverado dually performs better than you might expect, pulling the semi along as it burns rubber to escape. It isn’t until the very end when the semi gets the upper hand and the Silverado can’t help but flail around as spent rubber fills the air. But even then, once the semi lets up, the pickup gets one last jump of victory. We can’t imagine the Chevy, especially its frame, left the fight unscathed though.

You can watch the match and an alternate angle in the videos below. (Note: Don’t adjust your speakers. The first video looks to have been muted by YouTube.)