This Chevrolet Silverado is completely made of ice. Watch it drive and melt.

No, this truck’s frozen form is purely intentional. This 11,000-pound pickup was carved from ice by the talented sculptors at Iceculture, according to a report from Yahoo! Autos. It was commissioned by Canadian Tire, a car parts store from the Great North, to show the durability of its MotoMaster Eliminator battery in extremely cold temperatures—up to -40 degrees F.

So the sculptors stripped the chassis of a Chevrolet Silverado 2500 and completely rebuilt the pickup out of ice. But the kicker is that this thing actually drives.

The immense weight of the Ice Truck obviously presented some engineering challenges. They had to rigid weld the chassis to make sure icy body didn’t shift much while driving. Then there was the heat of the engine, which the team tempered by adding extra coolant to keep the body from melting.

Plus, the attention to detail on the sculptors’ behalf was so intense that they made sure the ice they used for carving had all the trapped air removed to make sure the ice was as clear as possible.

The first video below gives you a look behind the scenes of the making of the truck as well as its first, and only, drive. The second video quickly chronicles—in reverse!—the 48 hours it took the truck to melt. 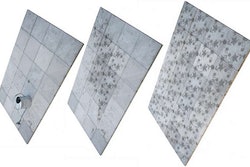 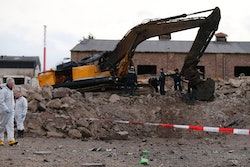 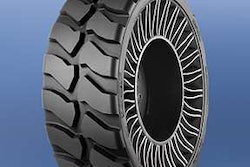