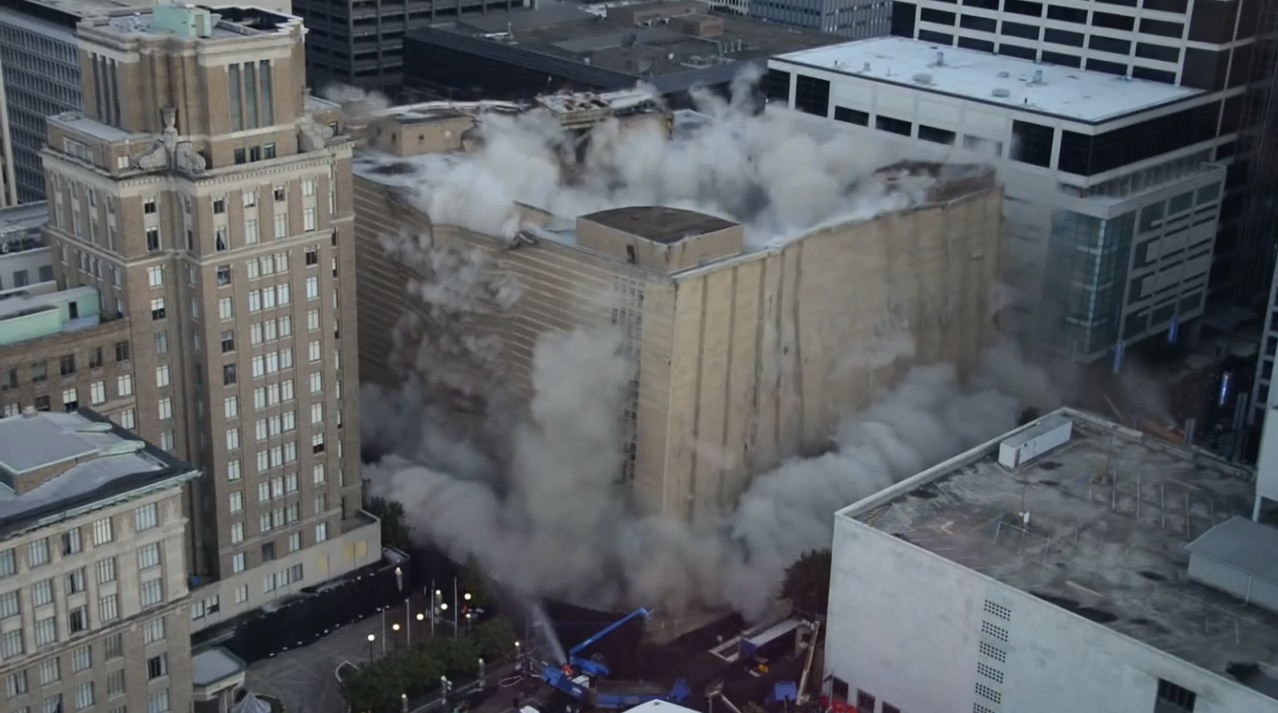 Built in 1945, the life of the downtown Houston Macy’s department store came to an explosive end on Monday. According to KHOU 11, the implosion had been planned for nine months with nearby buildings taking safety precautions and rail service to the area suspended since Friday last week. Judging by some of the photos and the many YouTube videos uploaded of the blast, there were quite a few spectators.

Below there are two videos of the implosion that are special for different reasons. The first shows the blast in slow motion, so that you can see the finer details, followed by a replay in real time. The second video is the closest perspective to the blast we’ve been able to find and it was shot from a guy who works in a nearby office building. (The second video contains an utterance of some NSFW language about halfway through though, so either skip it or put it on mute if you or those around you don’t want to hear it.)