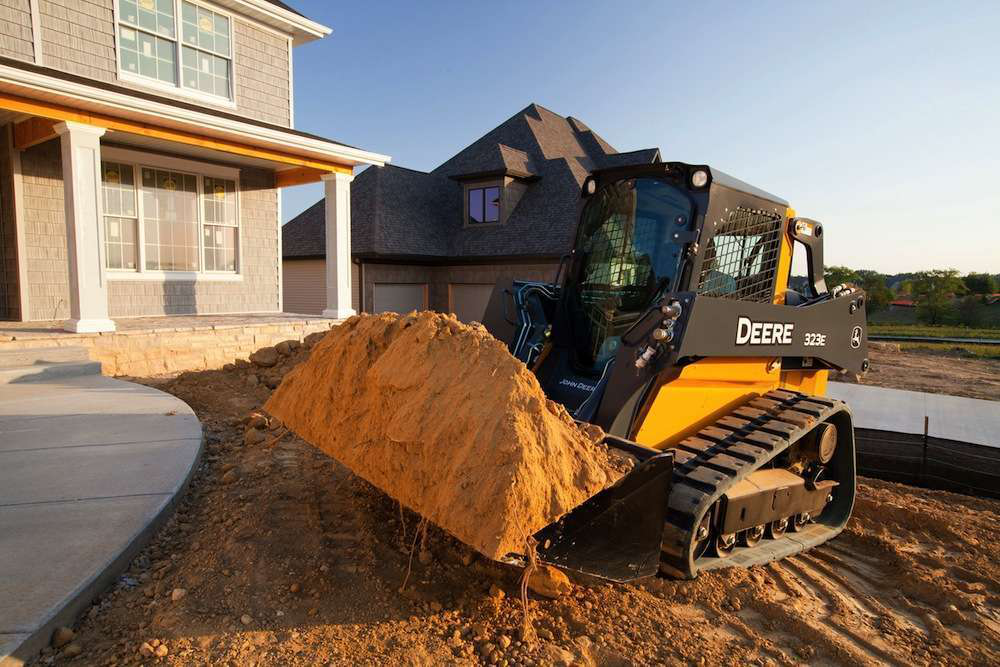 This John Deere 323E compact track loader is one of the 9 models the company announced as part of the E Series earlier this year.

So far this year, John Deere has introduced nine models to its E Series skid steers and compact track loaders lineup. And this week at its headquarters in Moline, Illinois, the company announced that mid-frame units with a modified vertical lift boom design will join the E Series later in 2013.

The booms will have hydraulic lines protected by the boom frame, and will offer 7 1/2 inches more reach and 122 inches of lift height. “We think we’ll have the best-in-class lifting and bucket performance for these machines,” he said.

As a whole, the E Series offers five programmable fan reverse settings for high ambient temperature operations. In addition, operators can turn off the reversible fan operation all together or just use a switch to operate the reversible operation when needed.

An electrical hydraulic Joystick Performance option allows you to change the degree of aggressiveness of the controls, ranging from the slower speed Precision mode, to the normal Utility mode, to the aggressive Production mode.

The machines have an enhanced Creep mode, which allows the machine to move at a steady, slow pace, a great feature for trenching applications, according to Zupancic.

A standard courtesy lighting exclusive delays the lighting cut off after the engine has been turned off—much like that offered on most cars—allowing you to safely exit the skid steer in low light situations.