Two Dozer Runover Deaths in 2 Days, in Nebraska and Michigan

Don McLoud
Mar 9, 2022
Two men on separate jobsites were run over by dozers, on March 1 in Michigan and March 2 in Nebraska.
Getty Images

On two separate jobsites, one in Nebraska and one in Michigan, two men were run over by a dozer.

In Kearney, Nebraska, the owner of a construction company was run over March 2 by a runaway dozer.

Ron Blessing, 72, owner of Blessing Construction, had been operating the dozer, according to witness statements to the Kearney Police Department. After he was struck, the dozer continued to travel across a field for about a quarter-mile before it stopped in a ditch.

Blessing died at the hospital. Keaney police and the Buffalo County Sheriff’s Office are investigating the incident.

On March 1 in Jackson County, Michigan, a worker on an I-94 construction project was run over by a dozer.

Randall Gerald Elliot, 35, died of his injuries from the accident. He and the dozer operator were contract employees for Dan’s Excavating of Michigan, according to Michigan Live.

Elliot was from Stockbridge, Michigan, and was a member of the local 499 union, according to his obituary.

Dan’s Excavating has prior citations by Michigan OSHA, according to OSHA online records:

Before you leave a dozer cab for any reason, make sure you have taken precautions to make sure the machine doesn’t move in your absence. These include:

To fully disengage the machine, continue with:

For those operating a dozer: 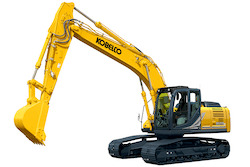 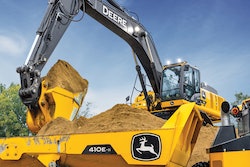 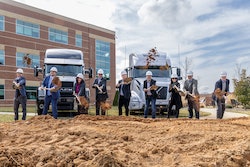