Back in 2002, both GM and Ford experimented with the idea of offering pickup trucks from their luxury brands, Cadillac and Lincoln. This was partially a byproduct of the SUV craze that had by then firmly taken hold in the U.S. and the resulting Cadillac Escalade EXT and Lincoln Blackwood were oddities from the start. The Blackwood met its fate within its first year of existence while the EXT actually held out until 2013 before being discontinued.

Despite the market for luxury pickup trucks being non-existent outside of Ford’s King Ranch, that didn’t stop one industrious gearhead from creating one of the most perplexing truck conversions we’ve ever seen.

Discovered about a year ago at Reddit, the truck has been seen and posted about online several times since then. The owner apparently lives in the Denver area as that’s where the truck has been spotted. It appears to be an early 2000s F-150 body combined with the front end of a Jaguar S-Type.

And while the look of this thing might not be your cup of tea (because of that F-150 body, it actually kind of resembles the ill-fated Blackwood) it’s hard to argue against how well this conversion was executed. There don’t appear to be any pictures of the back end around the Web, so if you’ve seen this truck around or, better yet, know anything about its creator or the process, let us know in the comments.

Other than that, what say you? Should this signal the revival of the luxury brand pickup truck? Or is that a dead dog that should just be allowed to lie? 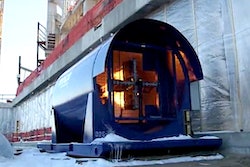 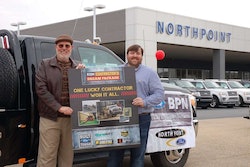 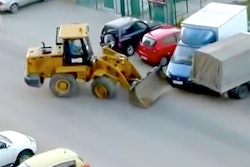