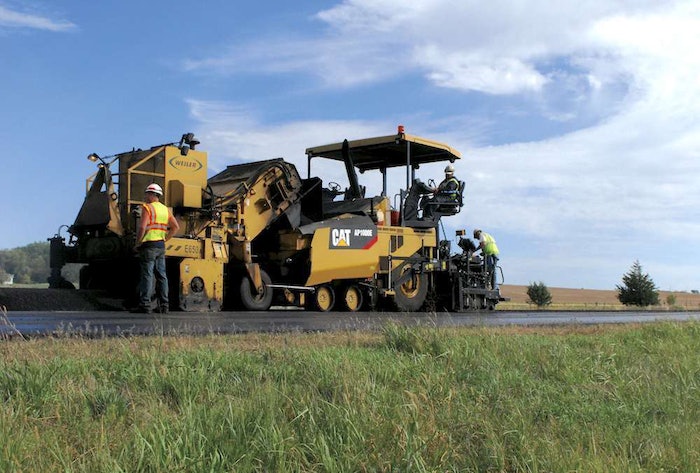 This time savings is even a factor when the SE60 XW-Series screed is at its maximum width of 33 feet.  “Working at 2,200 rpm, you can still heat the screed up in 25 minutes,” Anderson says. Since 2,200 rpms may be too loud, especially for early morning urban start-ups, Cat has a quiet heat mode that keeps the engine at 1,300 and heats up the full-width screed in 35 minutes.