What to do when your guy loses

The trouble with elections is that half the country is in a foul and disappointed mood today. If your guy lost, what’s your game plan going forward? Steal twice as many yard signs? Post twice as many Facebook rants? Find yet another website that supports your opinions?

I would wager that everybody is tired of this game. Too many of the people on TV and radio, who should be models of wisdom and restraint, are torturing the logic of any little point to make the tiniest score for their side, truth be dammed. There’s so much bald-faced lying that the average citizen has lost the ability to detect a lie.

And that’s a shame. There is a terrible poverty in the souls of people who put politics above all else, above truth, one’s reputation and especially friendship.

It didn’t used to be this way. The 1960s were polarizing times too, but not as much as the media would have you believe. People think Archie Bunker and Meathead were icons of the times. A better example would be Johnny Carson.

Carson, host of the Tonight Show, was a great deal of fun to watch.  He always had a light touch, always good with the guests and never injected himself or his views into the dialog. Good company in other words, no matter who you were. He brought out the best in everybody. Archie Bunker came and went in eight years and left the airwaves almost unnoticed, a cliche. Carson stayed on the air 30 years, and his last shows was one of the most  watched TV shows in history.

Now it seems everybody is acting like Archie Bunker on both sides of the political spectrum. It’s all politics all the time. It started in 1980 when the Democrats and the media went ballistic trying to stop the election of Ronald Reagan, Then there was the Republican’s Willie Horton ad in 1988, then talk radio and cable news divided us into opposing sides and it’s been a shout fest ever sense.

So what to do? My suggestion is this, and it applies whether your guy won or lost. The next time you talk with somebody of the opposite political persuasion, talk about something other than politics. God gave you one mouth and two ears and that’s about the right ratio of talking to listening. Get to know this person. If they say something you disagree with, let it slide. Seek information and affirmation, not refutation. Channel your inner Johnny Carson.

Nobody ever won a convert or changed a person’s mind without first making that person a friend. One of Ronald Reagan’s best friends in life was Tip O’Neil, his political opposite in Congress. That kind of friendship takes a long time to cultivate and a lot of heart, but if you want change, that’s the way you get it. 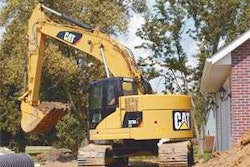 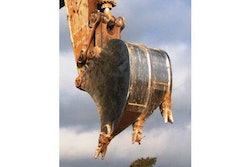 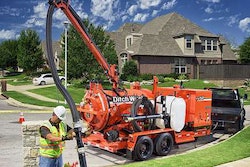