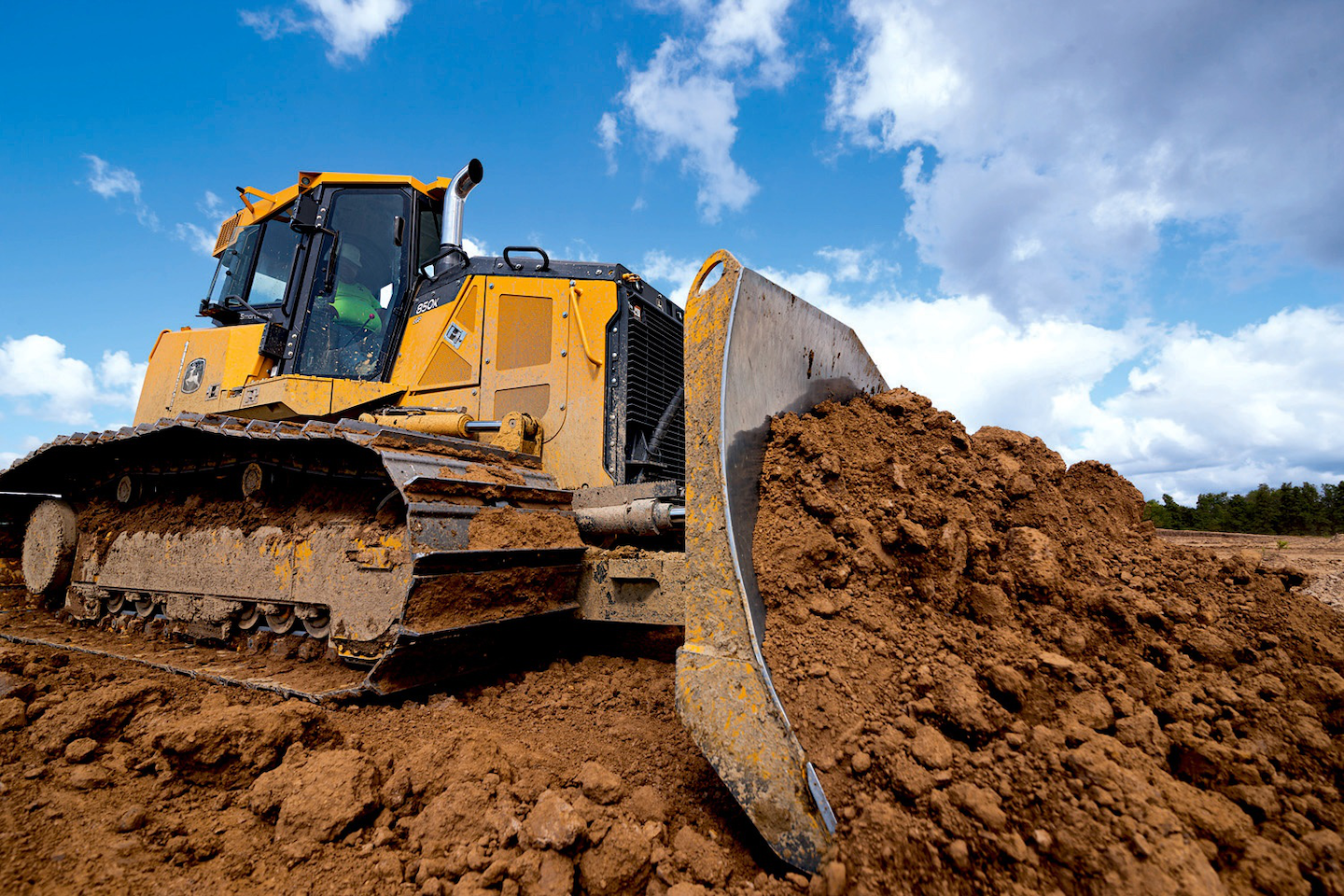 Last year at the World of Concrete John Deere introduced its first SmartGrade dozer, a 700K model. Now the company is making that same technology available on two larger size dozers as well: the 750K and 850K.

The SmartGrade system is the latest evolution of the technology that uses digital site plans and GPS to automatically set the blade height to the finished grade, thus eliminating most survey stakes and grade checks on earthmoving sites. Without the need to wait for survey stakes or regular grade checks, contractors find GPS machine control to be significantly faster and more efficient than traditional methods of earthmoving. GPS machine control has also given dozers sufficient precision that motor graders are no longer needed for the final grade work.

How Deere’s SmartGrade system differs from conventional machine control GPS systems is that it does not require the use of a GPS receiver mounted on the blade of the dozer and cables running back to the body of the machine, similar to Komatsu’s intelligent Machine Control system. Instead it uses Topcon’s 3D-MC2 grade control system which integrates all the components into the machine itself.

Instead of an awkward and potentially breakable mast sticking up off the blade, the system uses two GPS receivers on top of the cab and two inertial measurement units (IMUs): one on the body of the machine and the other on the backside of the blade. 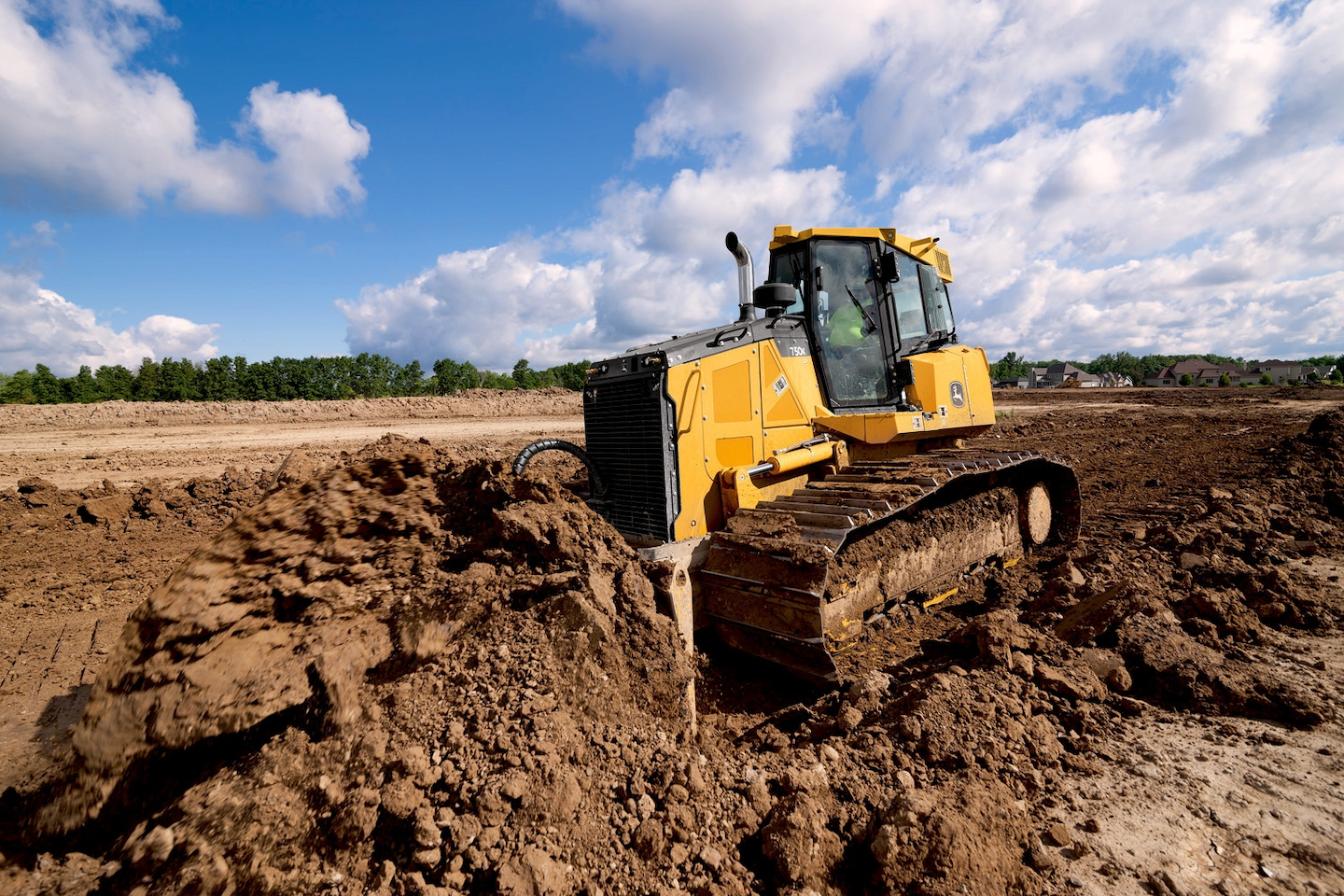 The GPS receivers locate the machine on the site relative to the plan and the IMUs calculate the dozer’s orientation much like the pitch, yaw and roll of an airplane. Algorithms combine the two sets of data to determine in real time the exact depth, position and orientation of the blade.

This data is compared to a 3D digital plan of the site stored on the monitor in the cab and when the dozer is put in the fully automatic mode, the computer takes over the blade hydraulics and will lower or raise the blade up to the exact level of the grade called for in the plan. All the operator has to do is steer.

In what Deere calls its Auto SmartGrade mode, sensors determine if the tracks are starting to slip due to a too-heavy load. If that happens, the automatic blade control is temporarily suspended and the blade will rise up until the dozer regains efficient traction. This ensures you’re not biting off more than the dozer can push on any one pass and you’re not having to switch between automatic and manual blade control every time the tracks start slipping. When efficient traction is restored, the blade automatically returns to grade.

The system will also let you to tell it what type of soil or material you’re moving to further enhance accuracy and productivity. For example, if you are cutting through tough soils, the rate at which the blade raises and lowers will be slower than if you select the spreading mode for things like gravel or sand.

The SmartGrade system is fully integrated into the dozer from the factory, requiring no aftermarket products or bolt-on equipment. You don’t have to install and remove the mast and cables at the beginning and end of every work day. Additionally, the machine’s measurements are all dialed in at the factory, so the initial calibration in the field takes only about 30 minutes.