Game On: Incentivize Your Employees by Using This Gamification App 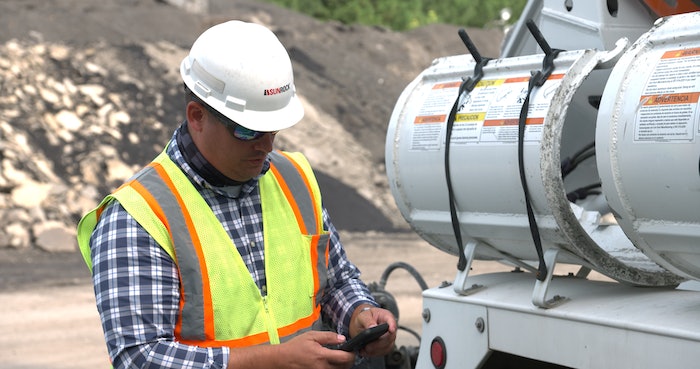 “Our attendance wasn’t great at the time,” Tejano says. “Many drivers either showed up late or were no-shows.” It was time to try something different.

So Tejano bought a $300 50-inch TV. He told his drivers that for every week of perfect attendance they would get a raffle ticket. At the end of the quarter, the TV was raffled off. “You would be surprised how much the drivers changed their behavior just to get a chance at getting the TV,” he relates.

That experience was the genesis of Rocket Start, a customizable app-based gamification system designed to immediately reward employees for desired behavior. Using Carolina Sunrock’s ready-mix drivers as a proving ground, Tejano and his partners are now expanding Rocket Start beyond the ready-mix world, making the app applicable to drivers in other markets as well as to non-driver employees.

Using the app, employees earn points and badges, which in turn can be converted to prizes.

Reward badges can be tailored to the behavior that companies seek, such as keeping trucks clean, on-time attendance, accurate pre-trips, safe driving and completing trips. Badges are designed to be small, measurable and repeatable.

Competition also comes into play. Users can view earned badges, look at a live leaderboard and compete for the highest store. “You can see where you’re ranked by week, month or year,” Tejano says.

What do you want to reward?

If a company wants to emphasize a certain goal during a certain period – say safe driving – it can adjust the points upward for just that badge in that time period. “It’s been very customizable,” says Jon Harrison, plant manager with Kansas City-based Geiger Ready Mix, which has been using the full-scale app since March. “We can change points values or put an emphasis on certain badges.”

Geiger started using the app with its ready-mix drivers and is running a test with its dump and tanker drivers. “Eventually we plan on implementing it companywide,” Harrison says.

Each company can determine how many points are rewarded for each behavior. Raffles for larger prizes can be created. The app can also be used to celebrate birthdays, anniversaries and career milestones. Rocket Start charges $15 per driver per month.

There’s also a manual award system, so a supervisor can hand out an individual attaboy.

“I believe in badges also that supervisor hands out,” Tejano says. “It means that a supervisor is paying attention to them.”

One definite upside: there’s no waiting for annual performance reviews. “Employees are having fun and they’re engaged,” Tejano says. “They have meaningful, merit-based rewards for their work. It gets them thinking, ‘It’s going to cost me if I don’t show up to work, because I want to have the chance to win some of these things.’”

Using Awardco, Rocket Start has 125 gift card partners, including Amazon and Priceline.com. “We even have a driver who's trying to save up for Jamaica vacation,” Tejano says.

Companies can set how many points it takes to earn a Rocket Start badges.Rocket StartTejano points to Carolina Sunrock’s success with the app, which it has been using for over a year. “We’ve had some great results from the initial pilot,” he says, “including a 37% decrease in unexcused absences and a 27% decrease in tardiness.”

Employees always know who's leading the charge, fostering what Rocket Start calls a healthy sense of competition.Rocket StartKeith Batts, Carolina Sunrock concrete manager, points out another result: The company’s yards per man hour increased from around 3 to 3.9 to 4.2. Pre-4 a.m. morning pours – which the company awards with extra points – now have plenty of volunteers, he says.

And Carolina Sunrock has just created a dash cam badge, which tracks driver behavior such as stopping at stop signs and speeding. “It’s making drivers hold each other accountable,” Batts says, “and it’s helped with driver retention because we’re the only company in our area that’s doing it right now.”

“We felt like we needed to reward our delivery professional in a way that brings attention to the individual ways they each contribute,” says Harrison, with Geiger. The company also specifically wanted to target attendance, safe driving and loads hauled.

Geiger has seen increased on-time performance. To earn points, drivers cannot be more than 1 minute late for a week. “We’ve been seeing guys come in 5 and even 10 minutes early to make sure they clock in on time,” he says.

Why don’t people just do what they’re supposed to do?

Tejano hears it all the time: why does it require something like this to get employees to do what they are supposed to do when they accept a job?

“We complain as a society that the workers aren't the same, and that's true,” Tejano says. If the construction industry is having recruiting issues – and the average age of a worker is in the mid-40s – guess who needs to change?

Younger employees are used to instant gratification and gamification through their phones, Tejano argues.

“The construction industry likes to use the stick instead of honey,” he adds. “I think the next generation of people are used to logging into their phones, going onto a game and getting points. This helps bridge the gap.”