[Editor’s Note: This is Part Two in a four-part series chronicling the stories of contractors who are making hard choices about their end game in the business: liquidate? Sell to family or employees? Seek a third party buyer?]

[Editor’s Note II: The names in the article below have been changed due to the personal nature of the information.]

James is 65 years old, and has three sons in his excavating business. “We’re just in the talking stages now,” he says of transitioning his firm to his sons, “and I’m not quite sure how we’re going to go about it. I’m not quite ready to go; I’m still out in the field every day.”

He also acknowledges it will be tricky to get his sons—aged 35, 33 and 30—to work within an evenly split company. “They’re all under the assumption that they’ll just get the company, but it has to be sold,” he says. “Building this company didn’t happen overnight; there’s no getting off at 5 p.m. every day in this business.”

One consideration is selling out completely. Native American-owned firms are making big plays in construction where he’s located, and they’ve shown an interest in his firm. “That wouldn’t be my choice, though,” he says. “I’d rather see my sons end up with it.”

2. Pam and Ken: “Every decision has tax consequences.”

Now that an agreement with her children is signed, one Colorado contractor warns the process can be painful. Pam, 66, and her husband Ken, 70, had a simple plan: just split things down the middle.

But they got pushback. “Some of our children were putting in much more effort than others,” she says. “We had to step back and look at it and realize what really goes on.”

So they created a 60/40 split to compensate the higher performers for their effort, plus the greater risk they were assuming. She chalks it up to a lesson learned.

“Looking back, I would have sat down with each of the kids individually and asked them what they wanted and what they felt they brought to the table,” she says. “It’s eye opening to make a decision, and then realize all the implications.”

The transition started about a year ago, with the couple working through the company’s lawyer and accountant. Initially, Pam and Ken were going to own 30 percent of the $7 million company.

However, that meant they would receive 30 percent of any dividends paid, plus be responsible for 30 percent of the taxes. “The partners were not in favor of that, which makes sense because they are going to be the ones assuming the financial risk.” Pam says. “Every decision has tax consequences.”

While the official selling agreement occurred last year, Pam and Ken will be guarantors through the end of 2015.

Letting go also means biting your tongue when you see something you would handle differently, cautions Pam. “For a while, there was some resistance on their part in asking for advice, but now they ask for our opinion,” she says. “My husband really knows dirt, for example, and they’re taking advantage of it. It’s a good feeling because we want this company to succeed.”

But Pam realizes there will be a loss of a certain skill set when she and Ken are no longer involved. “My husband could take a scraper apart in the evening and fix it, and our children will never have that skill. I wish we could do a brain dump of all that knowledge.”

While some things are different, “we feel good that the kids are taking over,” Pam says. “The only thing that would make it better is if our grandkids eventually got in.”

This is the second time Don, now 55, has been through a generation transition. When he was 38, he bought his initial shares of the family firm from his father and uncle. “We’re repeating the process we used then, because it worked quite well,” he says.

The ownership buyout was done in stages: first 20 percent, then an additional 10 percent five years later, with the remainder purchased at the end of 10 years. “The biggest thing is not having the buyer faced with too big of a debt load, because that affects how you bid projects and purchase equipment. It can really hinder a company. Plus, the outgoing partners don’t have to exit all at once.”

This also allows his son Jim some flexibility down the road. “If he doesn’t want to buy the rest of the company when I retire, we have the option of taking on a partner,” Don says.

Separating out family and business is critical, Don stresses. “Family is family and the business is the business.” Since he has three other children, it was important that his exit plan was fair, “and everyone was comfortable with it. My son is paying a fair market value for the company, and when there’s an inheritance, the score will be evened.”

Leadership preparation started way before the buyout contract was signed. Jim knew he was 1.) expected to go to college; and 2.) start at the bottom. “He’s to the point now where he’s seeing a project all the way from bidding to superintending to the punch list. I also keep him involved in employee issues and equipment buying,” Don says.

It pays to be aware of the potential downsides. “We have something good going and want to keep it going,” Don says. “But it’s also a risky business, and one really big, really bad project can hurt you.”

And as someone who’s seen such a transition from the other side, Don knows that one of the biggest adjustments for Jim is the relationships he has with employees after he moves into the owner’s office. “You have to understand that people are looking at you differently and adjust accordingly,” he says. “You’re not one of guys anymore.”

4. Joe: “When you get to the third generation, get a consultant.”

A straightforward transaction between parent and child can appear simple when compared to several cousins who are in different stages of buying and selling, says Joe, who runs the excavating division of his family’s diversified construction firm in the Midwest.

“There are about six family members who are owners, so we’ve spent a lot of time with family business planners,” he says. The firm requires any family member who’s interested in the business to go to college and then work outside the company for at least five years.

“I did it, and my son is now doing it,” Joe says, calling the outside-the-company work a “great experience. It’s good for a young person to get a taste for what working for someone else is like.”

The cousins run different divisions of the company, which include aggregates, ready mix and excavating. If you don’t work at the firm or if you’re retired, you can’t be a stockholder. “By the time you’re 65, you’ve sold all your stock,” says Joe.

The most important part of a transition? Communication. “We have retreats with family business consultants, where we’re not talking about business, but rather about our relationships and common goals.”

He considers business consultants critical. “When you’re going from father to son,” Joe says, “it’s not bad, but when you get to the third generation, you have to have a consultant.”

And transfer of ownership needs to be orderly. “One generation getting out and selling all at once is not a good retirement program because it depletes all your cash.” There comes a time for the older generation to let go. “I see it in other companies, where the dad is still running things while the kids are in their 40s. You’ve got to get out of the way and let them do it, and let them get paid for it.”

When John, now 61, was in his mid-50s, a client went bankrupt, owing him a large sum of money. “It was very stressful, my son was in college, and I started developing chest pains,” he recalls.

While the diagnosis was just stress, the incident got his attention: “I finally got the idea I wasn’t going to be here forever,” he says.

Knowing that his children were not interested, John eventually decided to transition his $14 million firm to three key employees. But first he had to learn some hard lessons.

He initially brought in an outside successor, but ended up firing him. “Sometimes you win and sometimes you learn,” he says of the experience. John then sought professional help, turning to his attorney, who had been with him since he started his company in 1985.

He also brought in an outside accounting firm to determine the company’s worth. “It’s a complex process,” he advises. “You really need help to structure it correctly to get the best bang for your buck, and not pay more taxes. And the outside accounting evaluation added credibility to what the company was worth.”

When he was younger, John had his firm buy a “just in case” $3 million insurance policy on himself. “Contractors our size live and die on our bonding,” he explains, “and when a principal has an untimely death, it’s a cushion that should alleviate some of the bonding company concerns.”

While John was lucky enough to have three strong candidates for ownership, it was difficult to pick a lead. “But I had to name a captain,” he says. “There had to be someone with a majority share to steer the ship, otherwise I could see constant battles ahead.”

Of all three hand-picked executives, John says: “I chose those who worked the hardest and had the fortitude to take it to the next level. I also tried to surround them with quality people.”

A gradual transition has its risks, though. “If they make a big mistake, I’m still on the hook, and I could lose my retirement income,” John says. But he argues all succession decisions are personal decisions; if you don’t want to take those risks, you might be better off selling or liquidating.

His is a transition with a purpose, John says, declaring that he’s “not going anywhere” in the near future. He has several long-term employees who are not close to retirement.

“For me, to just sell it would not be fair to them,” he reasons. “Plus I’ve built it and I want to make sure it gets to the next generation. And no business runs by just the leadership; you have to have a lot of good foot soldiers.”

The Future of Your Company, a 4-part series 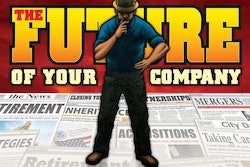 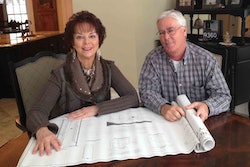