Whenever I go to a big conference and hit it hard from sunup to late in the evening, I take back a lot of good big ideas and assignments to work on. But then there always a few dozen random but interesting things you hear too.

My latest case was the Association of Equipment Management Professionals Management Conference and Annual Meeting, which wrapped up last week in Jacksonville, Florida. There were plenty of small tidbits gleaned from conversations here and there. They are, in no particular order:

115 specialty trucks and 121 autos and vans. That’s the average vehicular fleet size for AEMP contractor members. AEMP has plenty of OEM sponsors. None from the Big Three truck manufacturers. Detroit are you listening?

I was glad to see that AEMP members are well aware of this issue. When you talk to people outside the construction business about how foreign companies have bought huge chunks of our infrastructure and now charge us to use it, they just give you a blank stare.  At least the people building this infrastructure understand. Foreign companies own all of Indiana’s toll roads.

It’s gotten way past the ridiculous point. Several big dealers and construction companies are importing diesel techs from Latin America—dozens at a time—just to keep up with repairs and PMs. Some are even paying to bring their families as well. These mechanics and techs don’t even have to speak English, just know how to turn a wrench.

Its tough being a fleet manager for a city or county these days. On one hand, the public wants to cut taxes to the bone. On the other hand, unionized workers, outdated bureaucratic rules and indifferent public officials make it hard to run a shop or fleet as efficiently as managers in the private sector. Rock, meet hard place.

When it comes to GPS guided earthmoving and fleet telematics: those who can do, those who can’t are losing patience. There is a big division in the world of heavy equipment contracting. It is between the companies that reap the rewards that GPS and telematics offer. And then there are the companies that don’t. Call it the digital divide. The AEMP will be spending a lot of time and effort to get more people using this technology. It has to happen, but its going to be a hard slog.

Coming to a trade show near you

The next two big gatherings of the equipment management tribe will occur in conjunction with two of the industry’s biggest trade shows, ICUEE and ConExpo, making it convenient for you to attend. The AEMP Asset Management Symposium will take place October 1-3, in Louisville, Kentucky, same time/same place as ICUEE. Then next year the AEMP 32nd Management Conference will happen March 2-4 in Las Vegas, two days before ConExpo opens. Both events will offer dozens of educational sessions and a chance to learn from the experts how to better manage your fleets.  Mark your calendars and stay tuned for registration and speaker details. 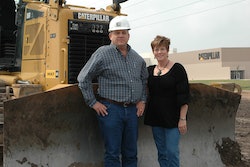 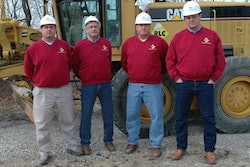 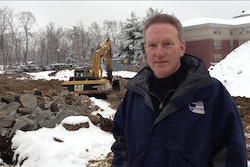