Habitat for Humanity is launching an ambitious project near Minneapolis that may very well become the precursor to a new approach to housing.

Instead of building just one or two houses, the St. Croix Valley chapter of the nonprofit organization is going to put up 18 single family and attached homes and a park for what it is calling an Eco-Village about 40 miles from the Twin Cities.

According to an article in the Chicago Tribune, the Eco-Village will be the biggest net-zero project in the country, meaning the homes will not consume any more energy than they produce. To achieve that goal they’re using solar panels on rooftops, high efficiency windows and envelope insulation, rainwater harvesting, community gardens and car sharing and geothermal heat pumps.

The bit about geothermal heat pumps caught my eye. These have the potential to significantly alter the home energy business in the U.S.  I interviewed an engineer at Ditch Witch once who had used one of that company’s horizontal directional drilling (HDD) machines to put in a geothermal system for his own home. The system lowered his electrical bill and worked so well he said he could have turned his home into a meat locker in the middle of the summer if he’d wanted to.

Commercial HDD installations of geothermal pipe are becoming more prevalent, but the technology is still a bit too expensive for most single family homes. Nonetheless, the Habitat Eco-Village raises the question of how cost effective HDD geothermal installations might be if they were amortized over several dozen homes in a single development. An even bigger question is how many other cost efficiencies might be realized in taking a small-community approach to infrastructure development.

Habitat may be on to something here. With the breakdown in the mortgage market, single family homebuilding is on the skids and not predicted to recover for decades. The Case-Shiller index, which compares home prices to income, is in the tank. The conventional single family detached home is no longer within reach for many, maybe even the majority of Americans.

It just might be that these kinds of community housing efforts, using shared resources and technology, will serve as a model for the future. It certainly bears watching. 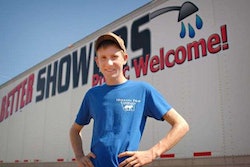 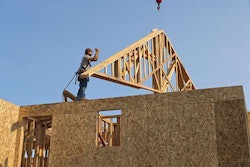 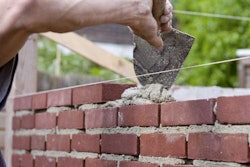 The truth about craftsmanship