The Power of Two Machines

Whether or not they actually offer skid steers themselves, the close to two dozen manufacturers with compact excavators (also called mini excavators) in the North American market (see chart starting on page 42) understand they will place those machines on jobsites where the two equipment types work in tandem.

Despite its compact size, the new 2.6-metric-ton Bobcat E26 is available in an optional long-arm configuration, enabling operators to dig in close quarters or extend reach in tighter spaces.

Equipment World asked OEMs how the teaming of their most compact excavators – those up to 3 metric tons – to small skid steers can give contractors a more efficient, money-making duo. A sample of the answers provided:

Bobcat: “The use of the two machines together, or the ‘system’, is even more logical as the business climate becomes increasingly challenging. The Bobcat system allows the excavator and loader to work simultaneously for optimal productivity. A tractor-loader-backhoe can only do one task at a time – load or excavate.”

Case: “We typically see contractors using this combination as an alternative to a backhoe. It’s really a matter of preference – both approaches have their merits. For example, with the backhoe you have a versatile machine and one operator; you can also road the machine without a trailer. With the mini-ex and skid steer combination, you have machines that are more specialized and adaptable to certain applications and job requirements. You can have these machines working together or split them up to handle different tasks on the jobsite – or on two different jobsites. Some jobs require the compact maneuverability of a mini-ex and skid steer, or the low ground pressure of the smaller machines. You also can use both the mini-ex and skid steer for grading. So there’s a lot of flexibility.”

Caterpillar: “With a skid steer and mini-excavator team, building construction contractors and landscape/hardscape installers have site prep, dirt moving, trenching, grading and soil preparation capabilities. A variety of work tools expands the versatility of both types of machines.”

JCB: “By combining JCB’s mini-excavators with its skid steers and their attachments, contractors can effectively handle a wide range of jobs with only two small machines. These machines are versatile and portable enough to be easily transported to multiple jobsites for enhanced productivity. Sturdy construction means these machines can not only handle tough tasks, but do so without requiring constant repair and maintenance for less downtime. Contractors can also offer a greater variety of services because of the many attachments available for their skid-steer loaders, giving them the opportunity for greater profitability and growth.”

John Deere: “If you’re digging utility lines, smaller building pads or swimming pools in areas that can’t accommodate the fill and still need the mobility to take that fill to trucks, or across the jobsite, let the compact excavators concentrate on digging and use skid steers to move and dump the dirt. This combination can increase productivity and save time.”

Takeuchi: “This class of excavators is ideal for accessing difficult locations because of their size, weight and maneuverability. Paring them up with a skid-steer loader when working on hard surfaces, or a compact track loader when operating throughout the year in most any terrain, is an ideal solution for many contractors. The greater travel speed and material-handling capability of the loader allow you to supply and remove materials from the excavation area including pipe, bedding material and excavated soil. In addition, the small excavator is easily craned to the working location when it’s not possible to drive the machine to the work area. The combination can be easily loaded on a heavy-duty trailer towed by a dump truck, often creating a self-sufficient workhorse to transport equipment, workers and material between jobsites. This also allows you the flexibility and versatility to split up the machines in order to complete multiple jobs as needed and then combine them again as a team to tackle larger projects.”

Terex: “Skid steers, track loaders and compact wheel loaders all complement the compact excavator by being able to double the work load on a jobsite at any particular time, provided you have more than one person available to operate equipment. Then you’ll have at least one machine dedicated to digging, and another dedicated to moving the material. This increases the productivity of the landscaper and translates to a more profitable bottom line. When choosing a compact excavator, make sure the piece of equipment is going to be adequate for 85 to 90 percent of your jobsites needs – don’t sacrifice power, breakout force or anything else just to save a dollar.”

Wacker Neuson: “Mini-excavators teamed with skid steers make a more flexible and productive team compared to a backhoe. While backhoes can serve the purpose of a two-in-one machine, they are not as maneuverable on a jobsite as a mini-excavator and skid steer (or wheel loader). Contractors may get more bang for their buck by using a mini-excavator to dig and, with a 360-degree swing, load a truck more efficiently. The skid steer is more maneuverable on the jobsite and can be used for a larger variety of applications. With two machines working at the same time, contractors will get the job done faster, saving time and money.” 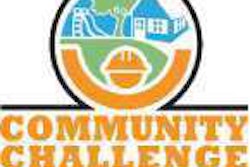 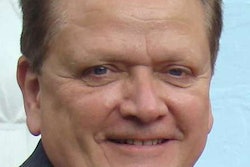 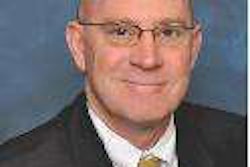