Rokbak has recognized two top-performing dealers for 2021, splitting the award between the highest volume and highest market share.

“Hills and Shafer both performed exceptionally well last year,” says Robert Franklin, director of sales, Americas. “These two Rokbak representatives in the Lower 48 could hardly be any further apart, geographically speaking, and their client base is pretty different too – but they both share our determination to increase our customers’ productivity and profitability with the most efficient, reliable haulers on the market.”

Hills Machinery, which has seven locations across North and South Carolina, saw strong demand from housing, commercial, industrial and heavy highway projects throughout the region. Hills has been selling and renting Rokbak/Terex Trucks since 2018, Offering operator training, same-day parts delivery and on-site service 24 hours a day, seven days a week.

“Land clearing and road building are the most popular applications for these machines right now,” explains Jim Hills, co-founder and president of Hills Machinery. “This is one of the fastest-growing housing markets in the country, and lots of infrastructure work needs to be done to keep up with the growth, so we hope this will help us expand our footprint even further.”

Shafer Equipment Company, Sparks, Nevada, realized 40% growth in its hauler business over 2020. The company has been a Rokbak/Terex Trucks dealer for the past nine years and serves the Northwestern Nevada and Northeastern California markets.

“Probably half of that growth can be attributed to several large projects, with the rest being largely down to the good old-fashioned hard work of our sales team – which has also increased demand for rentals, parts and services,” says President Jay Shafer. “The market out here is evenly distributed between commercial building and residential projects, but definitely favors the bigger RA40 machines due to our wide open spaces. Our customers are hauling huge quantities of dirt and, as development spreads towards the foothills of the Sierra Nevada, scrapers are no longer effective due to the underground rock.” 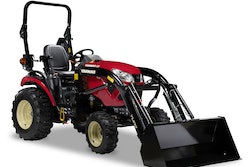 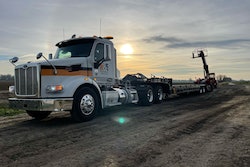 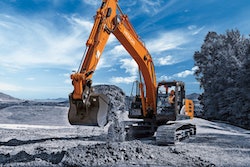