Vermeer dealers, plant come together to meet parts demands after the tornado

Editor’s Note: This is the second in a two-part series on how Vermeer is coping with the destruction caused by a recent tornado that hit its manufacturing complex in Pella, Iowa. To read part one, click here.

The Pella, Iowa, Vermeer manufacturing complex was hit by a tornado shortly after 4 p.m. on Thursday, July 19th, in the middle of a shift break.

While company leaders grappled with assuring all people on site were accounted for and safe, another problem quickly became apparent to those involved in the company’s parts operation: how to get emergency parts in customer’s hands as promised.

“We were in an explosive market, at peak sales, when the tornado hit,” says Mark Core, Vermeer’s CMO and executive vice president of lifecycle and forage. And now the firm was missing four parts-building facilities within its seven-plant complex, without a clear idea when they would be able to come back online.

With the local emergency management authorities in charge of the storm damage site, the team had to get their permission to dispatch emergency parts by truck to the Des Moines airport on Thursday night. On Friday, a small group concentrated on getting emergency orders out the door; by the following Monday, the parts department was up and running.

“We did not miss a day of emergency parts orders,” Core says.

Many things had to be sorted out in the initial days following the storm. With parts-making capacity temporarily affected and the emphasis on getting whole goods production humming again, Vermeer started outsourcing some parts “where it made sense,” Core says.

Dealers to the forefront

Vermeer also turned to its dealers.

“We watched our dealers immediately take control of the situation,” Core says. Vermeer’s dealers started working among themselves to swap whole machine inventory and parts. It was a challenging balancing act.

The Friday after the storm, dealer calls to the plant dropped to 80, less than half of the usually 200 to 300. “We realized they were afraid to call us,” says Phil Egging, product manager, life cycle solutions. “The storm elevated the need for them to come together. We had some dealers taking parts off of machines that we couldn’t get there in time.”

Improvisation came to the fore. For example, Vermeer Midwest—with territory in Illinois, Indiana, Missouri and Michigan—had a customer who needed a grinder screen. The dealer drove the it to the plant, had it welded, and then drove it back to the customer.

“Jason was clear and definitive about what the priorities were, and that getting people back to work was important,” Core says, referring to Jason Andringa, Vermeer president and CEO. “We were willing to bring people back in early to build parts, even though it wasn’t profitable at first.”

The company established a daily email communication to dealers by the following Tuesday, letting them know where parts were in the supply chain, Egging says. An important assist: the company was able to recover 90 percent of its manufacturing tooling from the destroyed plants.

“I reached out to three dealers, asking about the customer impact after the storm,” Core says. “They all told me that there’s been no impact.”

And, according to a video released a few weeks after the mid-July tornado, Vermeer’s parts department delivered more parts in July than they did the previous month. 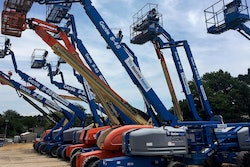 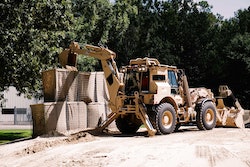 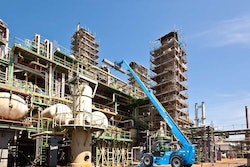