A panel of judges scored each team based on their times, accuracy, safety procedures and teamwork in completing a live drilling competition.

The crew won the use of a new Vermeer D24x40 S3 Navigator horizontal directional drill for one year.

The acquisition of Pacific Coast Equipment will allow Orion Equipment to provide and expand equipment rental, new and used equipment sales, service and support for the major Vancouver-Portland metropolitan market as well as Southern Washington and the entire Oregon region.

Orion plans to offer the same products and services while adding Bell ADTs and Liebherr construction machinery (more below) and material handling equipment lines to their portfolio. As an authorized dealer for these lines, Orion Equipment will provide sales, rental, parts and service at both the Seattle and Vancouver locations.

Speaking of Orion, the company has reached an agreement with Liebherr to distribute that manufacturer’s equipment in Washington and Oregon.

Orion has been granted promotion, sales and service responsibilities for the entire Liebherr earthmoving and material handling lineups in a footprint that will cover both the greater Seattle and Portland areas.

Statewide, Holt CAT has deployed approximately 10,000 heavy equipment vehicles with VisionLink-worldwide Caterpillar has supplies more than 300,000. Precision Demolition currently operates around 60 vehicles with this technology and has plans to deploy this solution to more of their fleet in the future.

BKT USA has hired Mike Connor as its new Head of OE Sales.

Connor has over 25 years of management experience in the off-highway tire and wheel industry, holding positions as General Manager of Mefro Wheels USA and President/COO of Redco Wheel.

Harry Clayhills has been named as Managing Director of Bronto Skylift, a subsidiary of Federal Signal Corporation, following the retirement of Esa Peltola who had been with the company for 45 years.

Clayhills rejoins the Federal Signal organization where he began in 1996 as an auditor in its corporate offices. He continued to assume roles of increasing responsibility throughout a six-year career with the company. 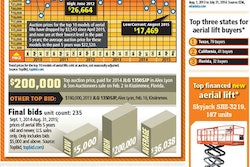 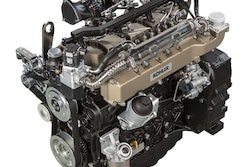 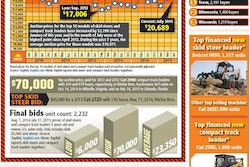